Back to the making the new caves pretty.

I made new wall and floor textures in Substance Designer and tried something a little different in Blender; rather than just texture the modular meshes, I used an exported height map from the texture to subdivide and displace the walls of the cave. Worked reasonably well, I think, so I’ll probably use that trick again. Added bonus; the mesh for the whole cave is merged as it’s imported to engine…

The caves are super foggy atm, cos I really like the vibe and I’m not sure I’ll be able to use that look in the real dungeons. Doesn’t matter for these little diddy ones. 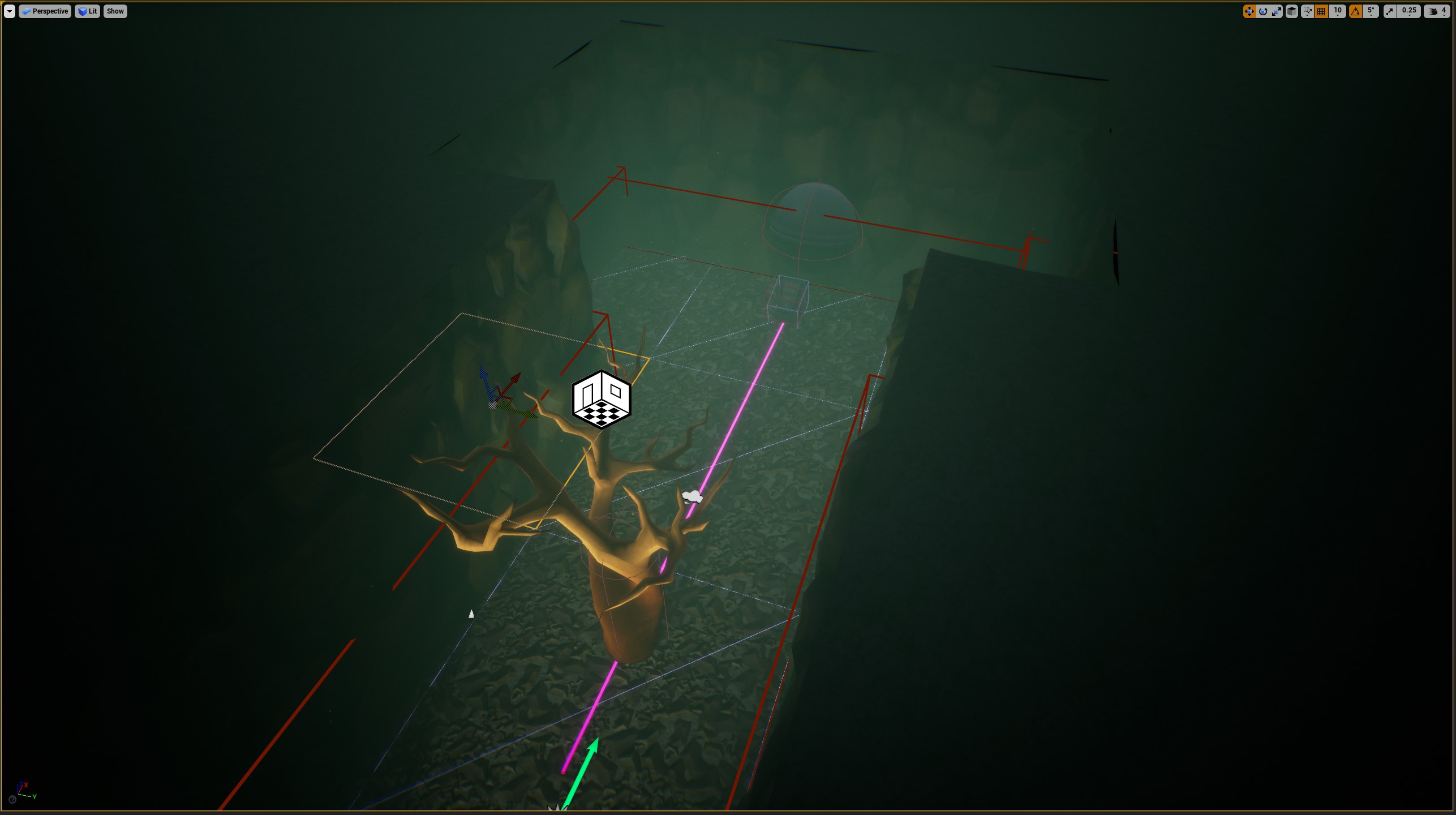 Was also hit by a mild bolt of inspiration: I know what’s going to be in all the Rock Door caves! An Illuminat-eye. You enlight it, and it will enlighten you.

Also tweaked the path behind the player’s house. Again. Access to the west of Henge End opens up as soon as you have the spin-attack (early in the initial experience) but you’ll need the shovel to get into Ytene. I think that’s it sorted…

The changes to the path around the player’s house meant that I had to re-do some of the NPC placements and dialog text. Bob Thwarter is dotted about the map to block the player through the initial experience, but he needs to have dialog that makes sense in each step of the timeline. Not hard to do but it took a while to test. Few new lines added, and existing ones rewritten.

In the afternoon I went back to the cave and continued with the setup for the Illuminat-eye. Modelled an eye, a message plinth, a one-off tree thing, and wrote some dialog lines. Should be able to finish off the first two instances of this tomorrow…

Entire day was spent on the first Illumi-Nat. Did an entire level sequence for when you clear the obstacle that’s casting a shadow on it. Even got some VFX in. 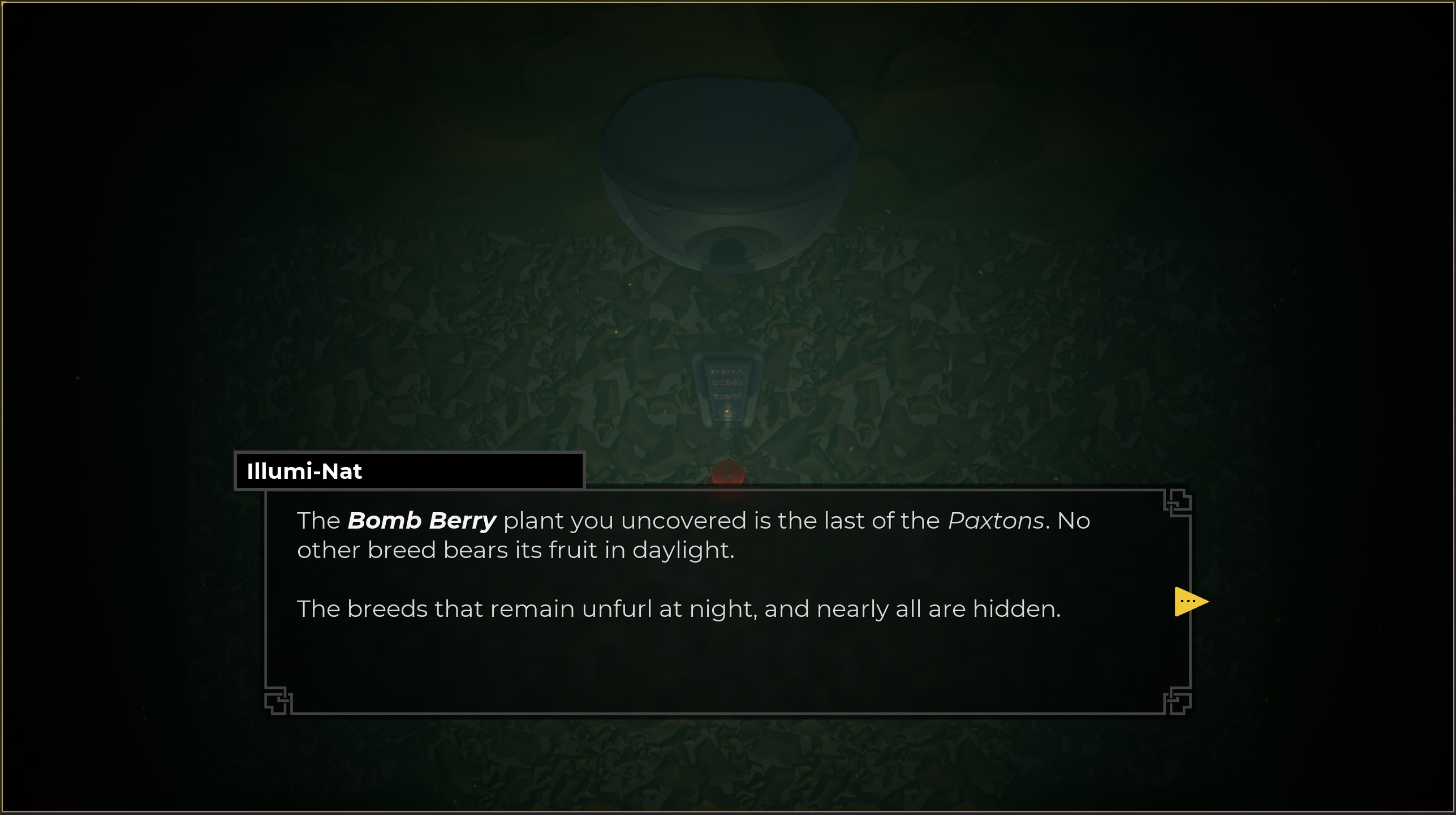 I’m hoping I can just duplicate the sequence and play it in different maps to save on some work. If not, cut and paste-ahoy…

Made a new rat variant, for the overworld, and started placing them about. Added a lot to East Ley, cos it’s a rat-infested place, and a few around the back of Henge End. 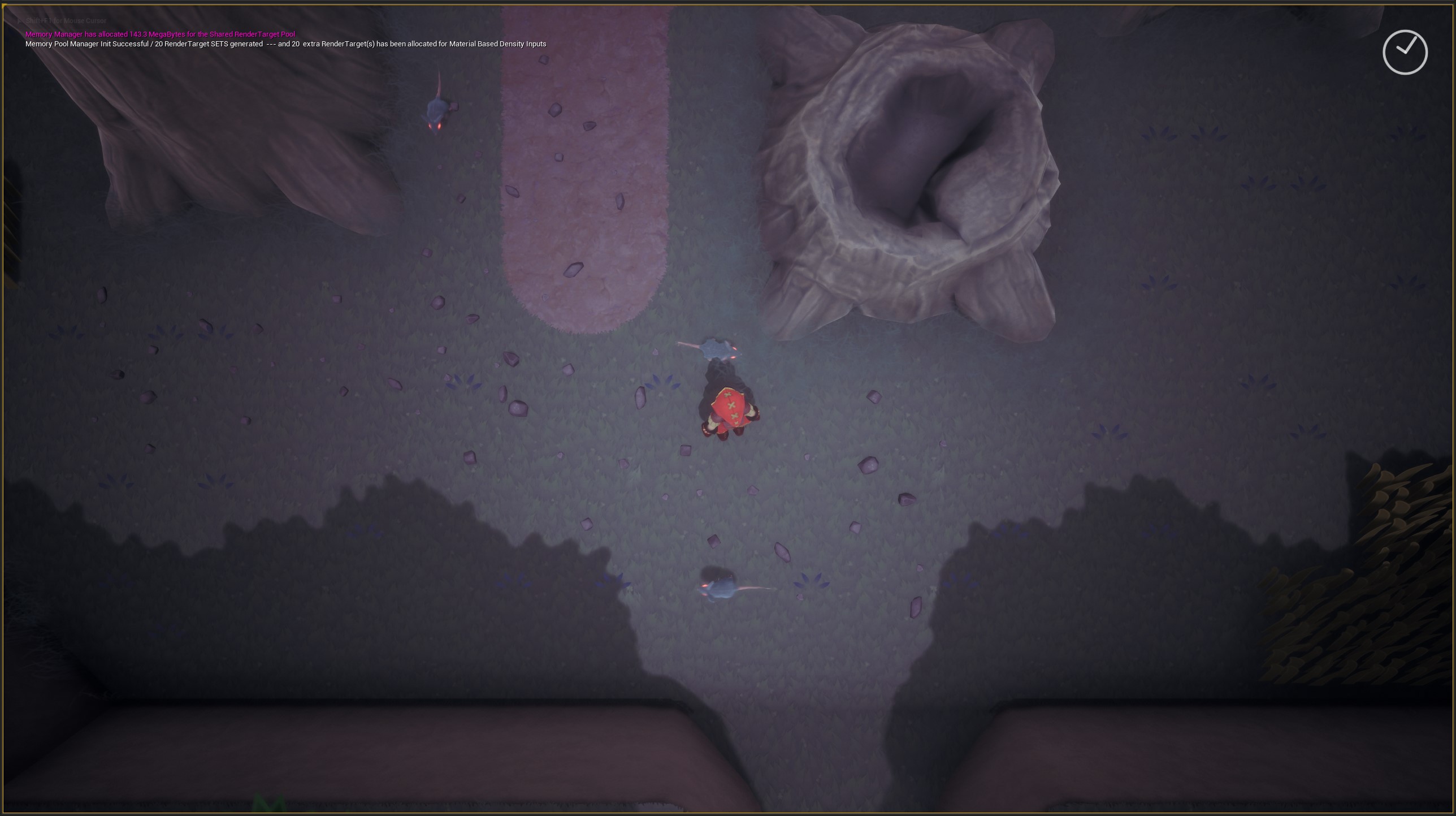 I thought these would be a simple drop-in, but it turned out that the Level Blueprint’s BeginPlay was being called before the Actor’s, which in turn meant I was trying to start the Rat AI – by calling EnterZone – before things were setup.

Made some changes so now the Persistent Level is no longer responsible for the transition into the game. It’s now left to the streaming levels’ BP, which poll to make sure the package is loaded and visible. This means Begin Play on the actors is called before their Enter Zone.

Lost count at how many times this loading/BeginPlay ordering has tripped me up now. Next time I make a game I’m not going to have any actors loading in with the level. It’ll probably be easier to defer them all.

Did a few bits and bobs on the audio side, and then made a new build to push up to Steam. Need to show Phil how I’m using his music in East Ley… 😊