Bank holidays don’t mean much when you’re working from home, but we did mooch off to the South Downs, walked up a hill, and caught some sun.

My new Dev Rig arrived over the weekend, so the evening was spent finishing the setup. Fun fun…

I setup a dual-boot of Linux on the Dev Rig last night. I’m a fan of Linux, and Foss in general, and fully intend to continue supporting the platform in the future. The furore between Apple and Epic just reinforced that. If I want to keep doing this, then I need open platforms and preferably access to source code. That doesn’t happen by magic, so like Cecconoid, Maenhir will enter the Creative Commons after release…

Aaaanyway. I built UE4 from source, and then built Maenhir. UE compiled clean, but my build had a couple of issues that were related to file system case sensitivity. Typos, basically, that weren’t caught on Windows. It sailed through once those were fixed. 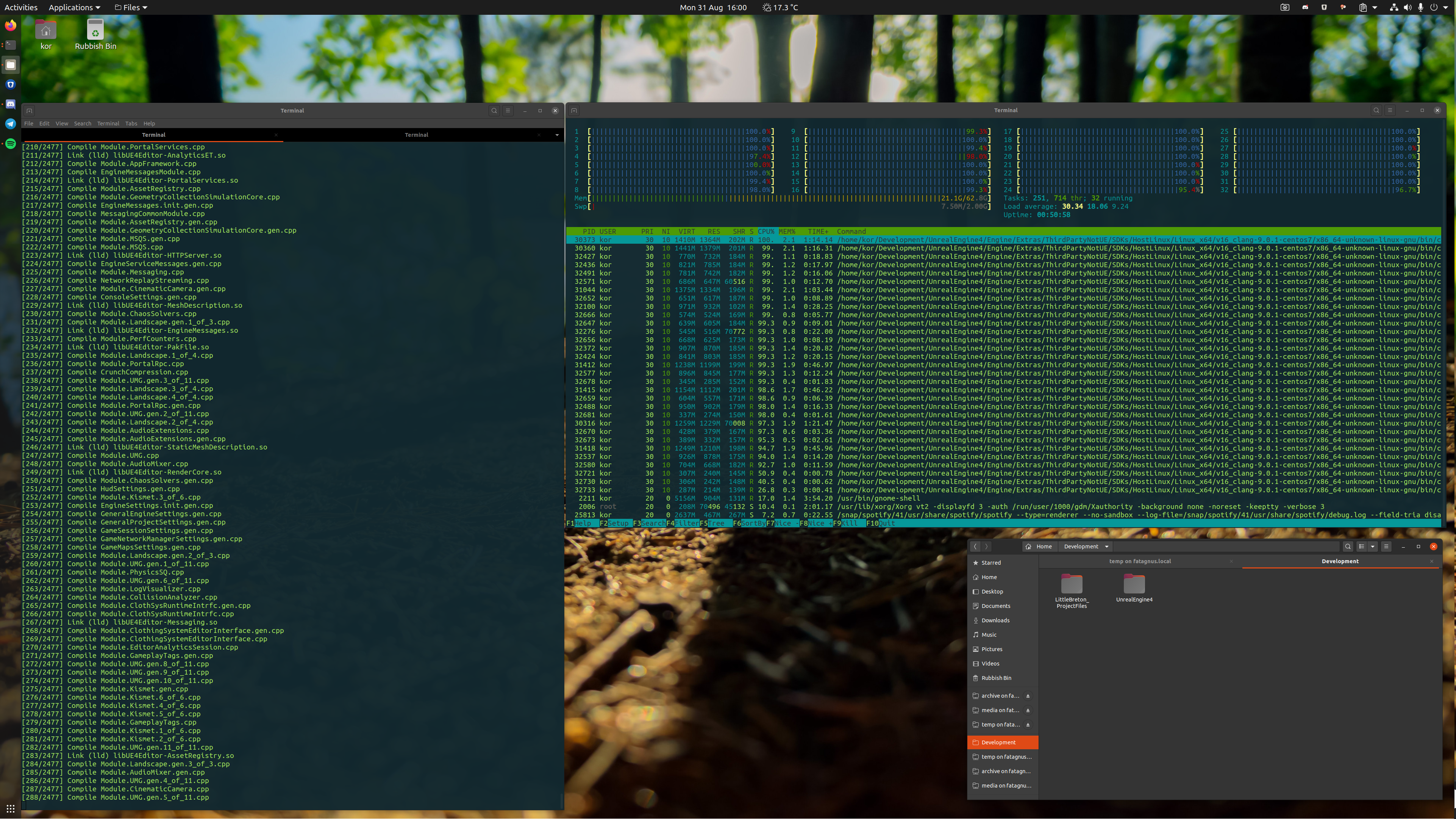 My intention was to package Linux builds on Linux, but something was missing, and I was repeatedly bounced to the documentation each time I started the process. What exactly was missing remains a mystery. There are Linux users on Unreal Slackers that are packaging, but no one was willing to answer questions, so I’ve left it… shrug 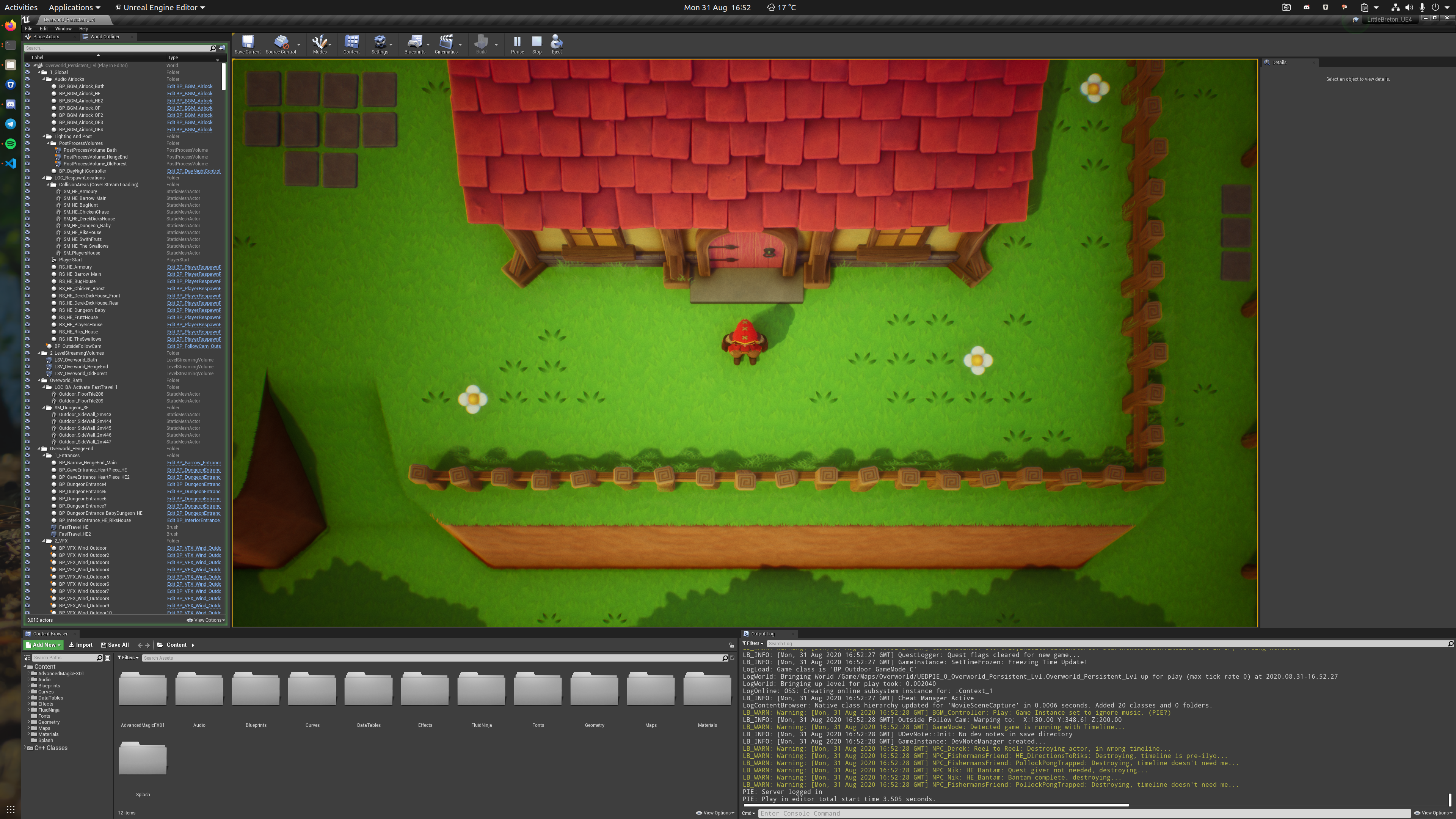 Now I know I compile cleanly, and I’ve been bounced to the cross-compile docs several times, maybe packaging the Linux build on Windows makes more sense. It would be a lot easier to ensure the resulting build is compiled against the correct glibc runtime…

A fun diversion, and I’m happy that the build is clean on Clang/Linux.

In the afternoon I got back to work on the Sticky Mitt Totem and gave it some VFX love.

Second totem variant. Really pleased with this one. The sculpt looks good, my retopo looks clean and it works nicely in the build.

I started teaching basic shader programming a few years back, and ever since I’ve been keeping an eye out for cool, easy tricks, that I can demonstrate to pique interest. One of the first is generating gradients, and the totem’s using a couple of these for the glow effects. An animated radial to do the ground pulse, and a linear offset for the vertical.

The materials are dead simple and can be driven by a scalar from a timeline, allowing animation in code. I love this stuff; it always feels like magic. 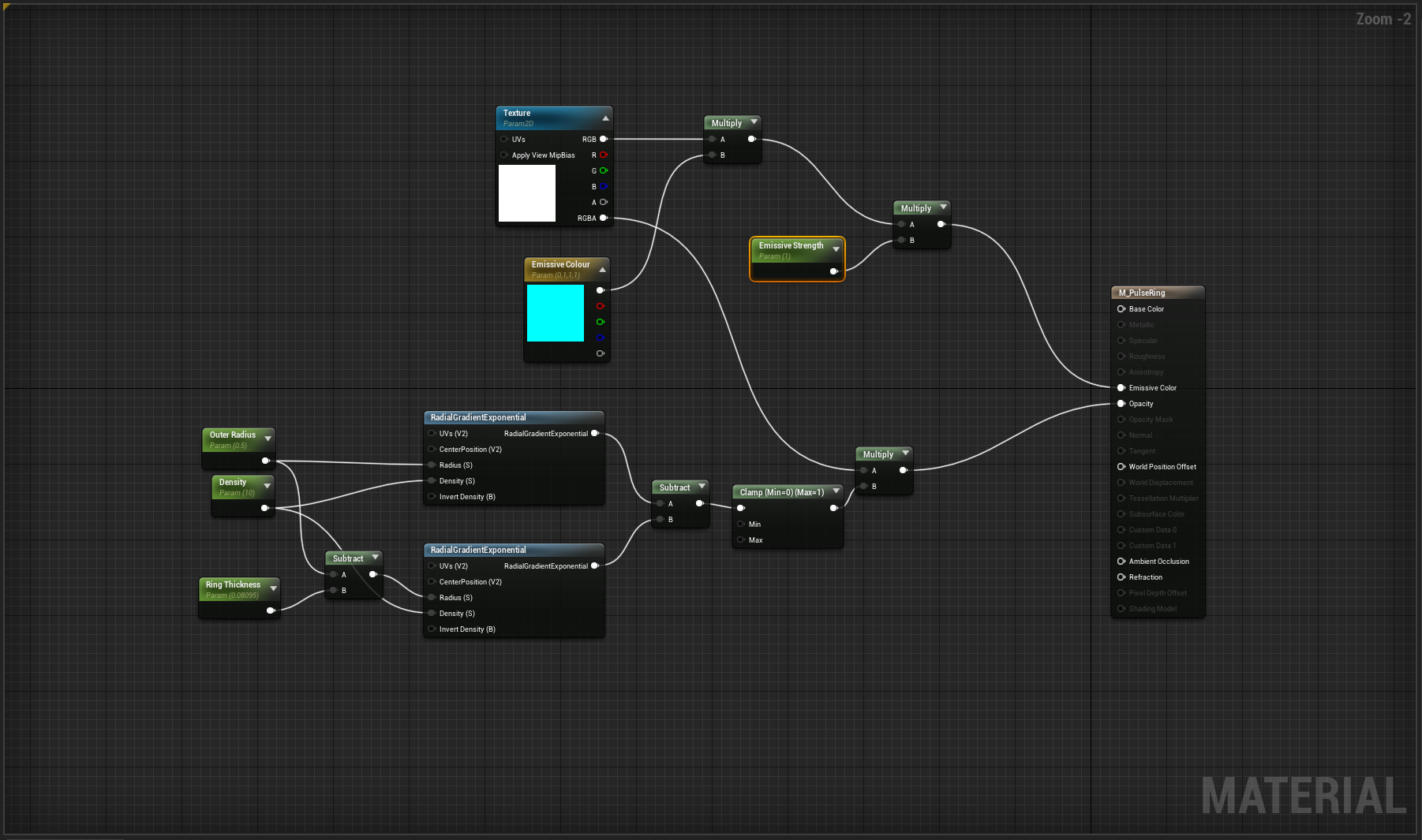 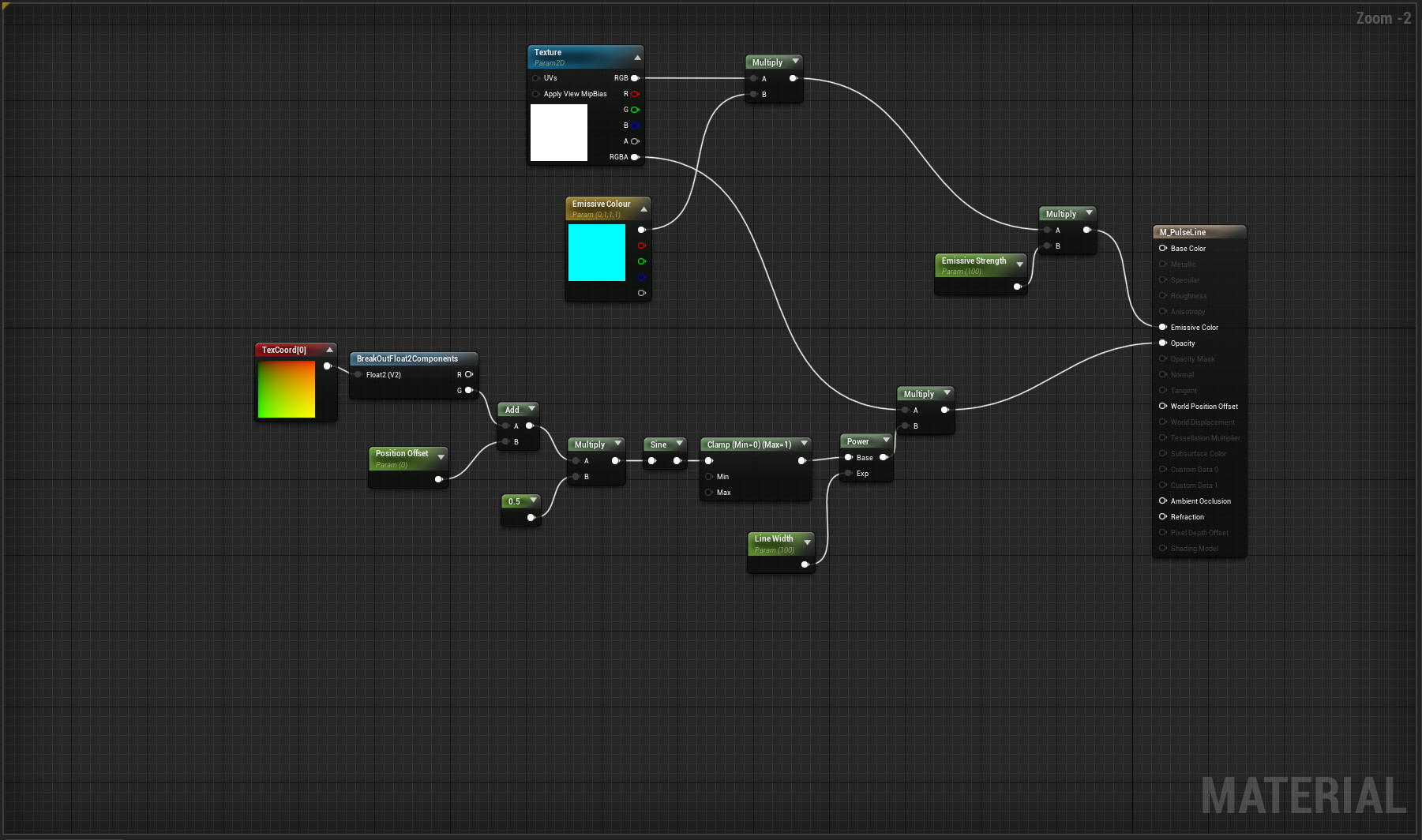 Started a new teaching semester. First time I’ve done any remote teaching. Fingers crossed, but I think it went ok. I’m going to have to re-write nearly all my lectures to accommodate the change in style, though.

Day off! Went to the Hawk Conservatory and was swooped at by some very large birds.

Added a couple of extra bits to my static site generator (Klog). You can now hover over images to enlarge them a smidge, and a click will bounce them to a new tab.