Apologies. The blog was on a temporary hiatus through December, as I had to prepare for a programming course that I'm due to give at TAMK University this year. That meant getting up-to-speed with the latest Unity version,
and writing a simple game that'll form the basis of the course. As well as having a Xmas Holiday.

But I did do some work and make some decisions. The first of which: Oh Snow! is canned. Probably forever. Why? Short answer; it was meant to be my toy project, not something that took a year to make, and due to teaching and signing up for a Finnish language course, I basically did nothing on it. But I did learn some Unreal, so it wasn't a complete waste.

That means Next Game has officially been started. Here's a little WIP screenie: 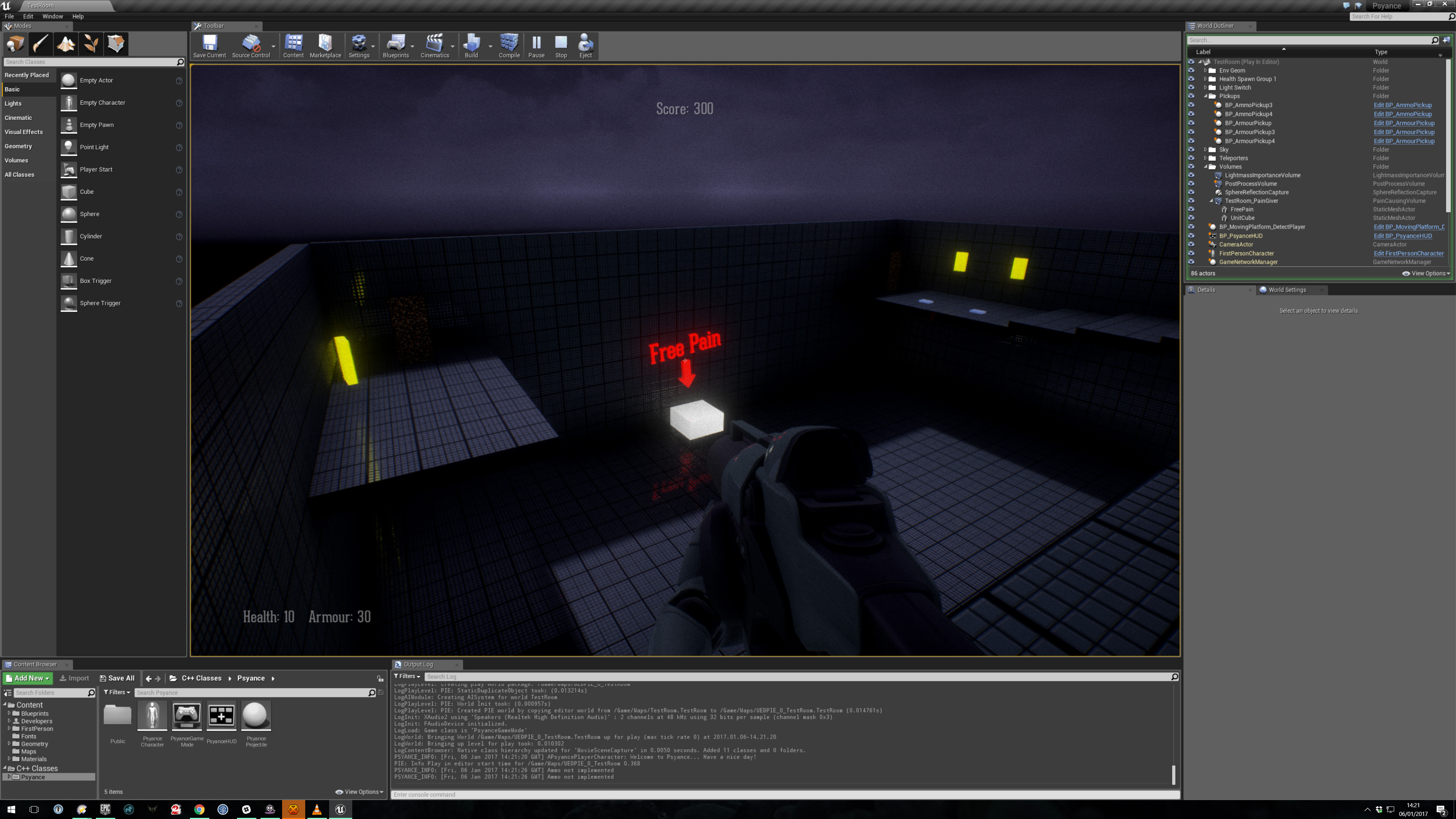 Yes, it's an FPS. No, I've not done any graphics or modelling yet. And yes, that's the default UE4 character model.

Aside from that, Unity 5.5.x, and eating mince pies(+), I've done some more on Neutrino. The choice of using cmake for the build process turned out to be an excellent one. I thought I'd have a pop at getting the game running on windows, and although the cmake gui is a bit weird, once I worked out the intricacies it spat out a Visual Studio 2015 solution and Neutrino built and ran first time. And yeah, that surprised the hell out of me.

I've been continuing my love-in with ImGui, and decided that the effort to parse TileD tilemaps and integrate them into everything else I want to do was becoming a monumental pain in the arse. And I quite fancy rendering the tilemap through a pixel shader a little like this. So I've started writing a simple tilemap editor in-engine. Exactly what I said I wouldn't do. Ahem.

Early doors. I'm at the point where I can click a tile and move it about. 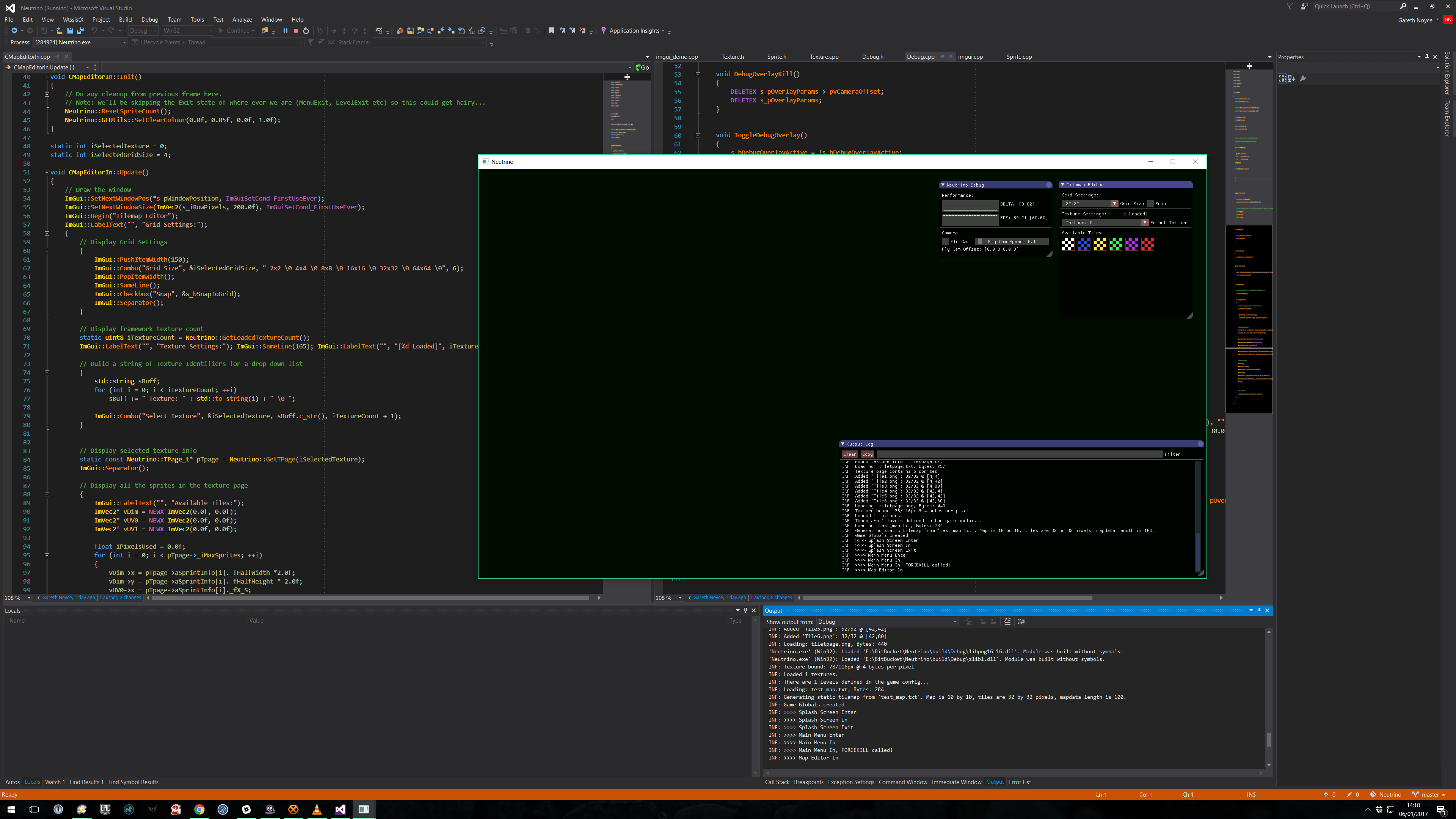