I've largely worked analogue on previous projects, doing most of my scribbling on paper. For this project I’ve been using Foam which is a series of plug-ins for VS Code. It makes it easy to hyperlink notes, allows for easy categorisation, and lets me jump between pages searching for things. My notes are in a Git repo, checked out on my Nextcloud instance. I can pretty much edit them anywhere, on any device which came in handy today, as I spent most of it sat in a garage, having my car fettled.

It wasn’t a complete waste. I went through, top to bottom, cleared out the stuff I no longer want to do and organised the rest.

I don’t normally do a lot of design up-front – as you can probably tell – but I’m at the stage in the project where I should kill the things I’ve not started, simplify what I’ve got, and try to tie a bow around direction the overworld has been taking. Shipping’s something I need to start paying attention to, and today was the first time I’ve properly sat down and mulled it over.

I think I’ve got a solid direction for the next to map location, and there’s some stuff in the “to design” column that I can pick-up during downtime... Next time I'm sat in a garage for three hours.

Following on from yesterday, I implemented some changes to a couple of the NPCs, including giving them some new dialog. You can now collect the Shovel and Bug Net in natural play. Also made some changes to the quests, wrote new Journal entries for them, and got everything hooked into the timeline.

Nvidia have released the updated DLSS plugin for UE5.0, so I grabbed that and dropped it in. The one major difference it’s made is to lower the temperature of my room. More than welcome.

Note to self: next Rig build needs to be fan-less/water-cooled. Or I should start making games that don't use a power slurping engine.

Added a new wrapper around ACharacter so NPCs can be invulnerable. Also fixed up some oddities with the VFX I rebuilt for UE5. Mostly colour and size changes, where I’d got things wrong.

There’s a pop when blending from Sul to Ytene, which I thought was down to how I’m blending the Post Process volumes. To fix this, I added a global unbound region, as a default, then added code to lerp each volume’s priority, as well as its blend weight hoping that'd smooth the transition.

It didn’t fix the problem. So, I stepped through the way I’m blending the lighting, but none the changes I made there had any effect, either.

Finally, I started going through the way I’m lerping the fog region in and out, which is basically the density values. I tried lerping opacity and colour (which is additive), instead, but that made no difference either. There’s always a pop.

One thing I did discover is that changes to fog settings takes a while to propagate. It looks a little different to how it was in UE4 – although the pop has always been there – so I think I might be trying to do something that’s never going to work seamlessly. Which is annoying.

And to be honest, the pop's pretty small, it just bugs me.

Spent the entire day blocking out the next overworld location! 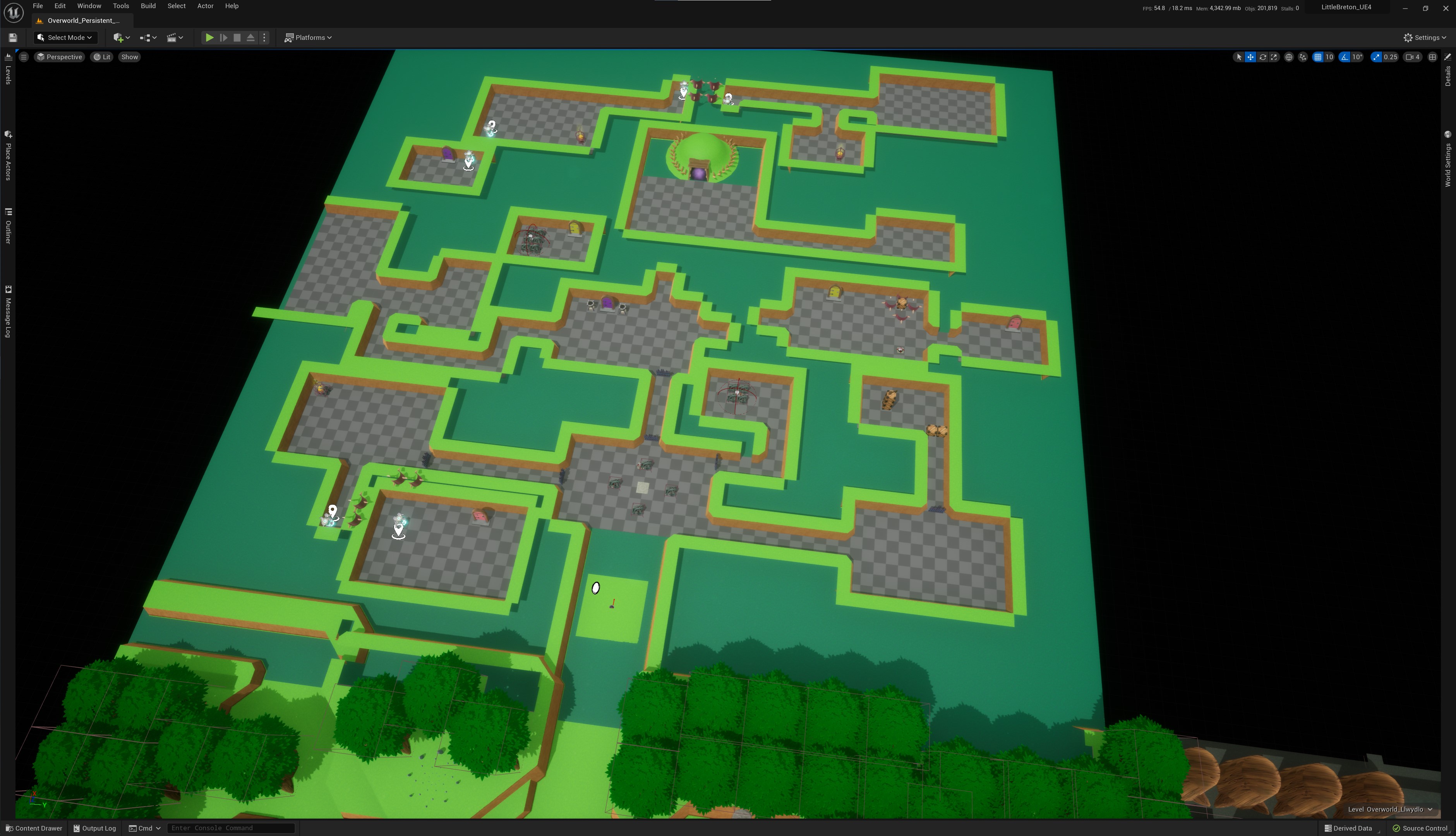