Added the Fisherman’s Friend, near the southern most pond, with new dialog that hints at the quest there.

After that, I setup the map’s spiral to trigger a level sequence. The sequence makes a couple of sticky mitt totems appear. These, in turn, give access to a cave, that’ll hold a page of lore that hints at the end game. Dan’s written eight of these, which the player collects in turn, that are scattering around the map. It’s pure back-story, optional, for those that are inclined. Can't remember if I mentioned those before...

The cave’s basically a copy of the one from Henge End. I’ll redecorate it to match whatever I come up with for Sul's main dungeon, er, when I get that far. 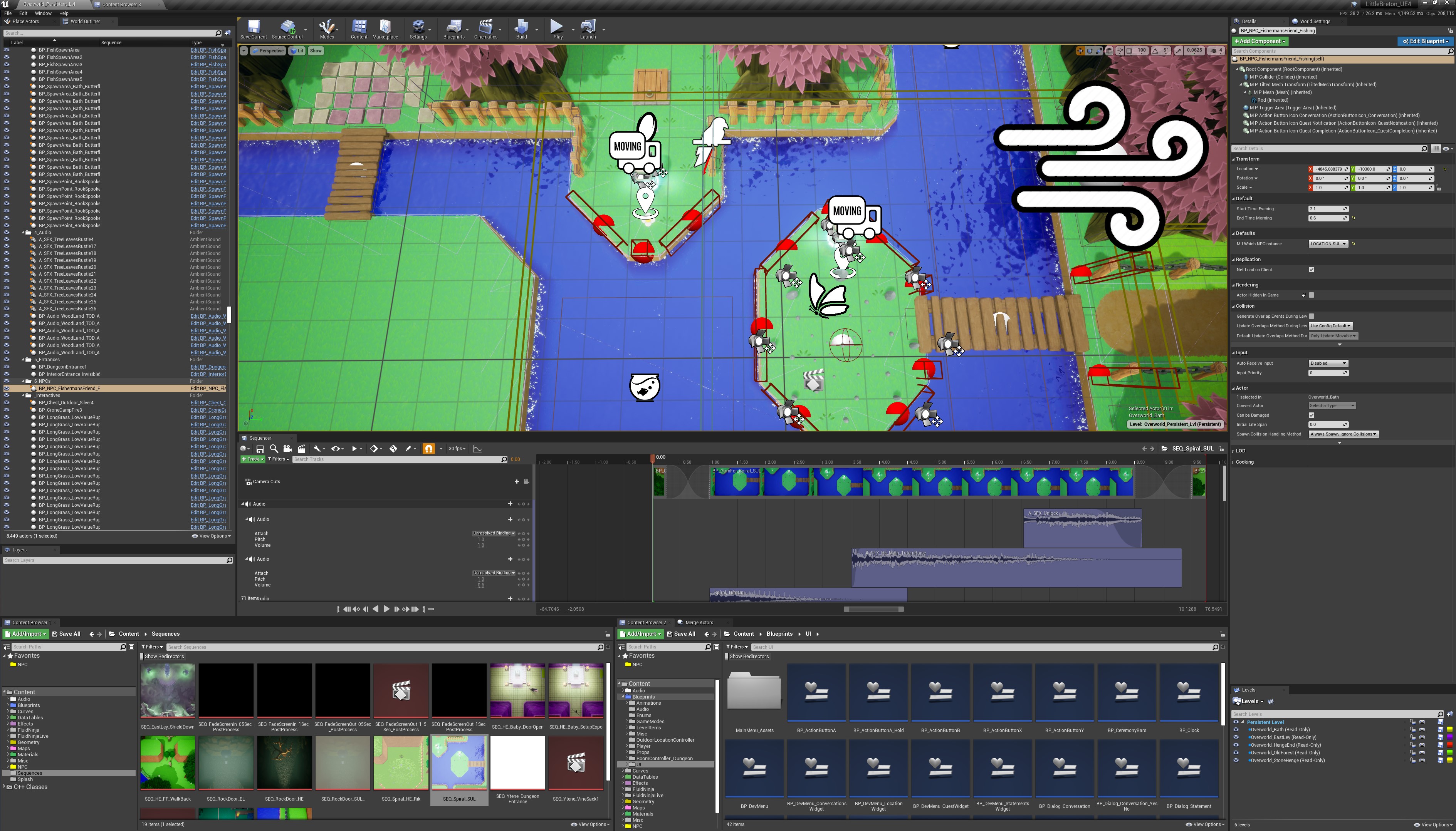 That took most of the day, so I had a quick look at how to add user settings, for things like the screen resolution. Turned out to be simple, for the most part, except DX12 always opens the game in borderless window, rather than fullscreen. I know people sit on either side of the fence with this, but if you want to run the game at a lower resolution, you’re going to have to run it "true" fullscreen. (Or change your desktop resolution, which is pants.)

Anyway, there’s a way to do it, but it means executing console commands during startup to force the game into fullscreen. Not great. It also means that I’m going to have to do more work than I wanted to: The resolution panel needs to be context sensitive to the current mode (disabled when windowed), annnd do the whole time-out “keep this resolution” thing, when changing the desktop resolution... Like a real game.

Added the Druid camp to SUL. I’ve had this area blocked out for years, so it’s nice to finally get it laid out with proper assets.

There’re three Druid’s at the camp. Druid, Druid II, and Warlock The Avenger, cos yeah, it’s been a while since I referenced an 8bit game.

Also started work on the NPC that’ll be dealing out the quest for this bit. It’s a bit more complicated, dialog-wise, than anything I’ve done up to now, because the player can return and talk to the NPC if/when they fail. It’ll need a smidge of custom stuff. 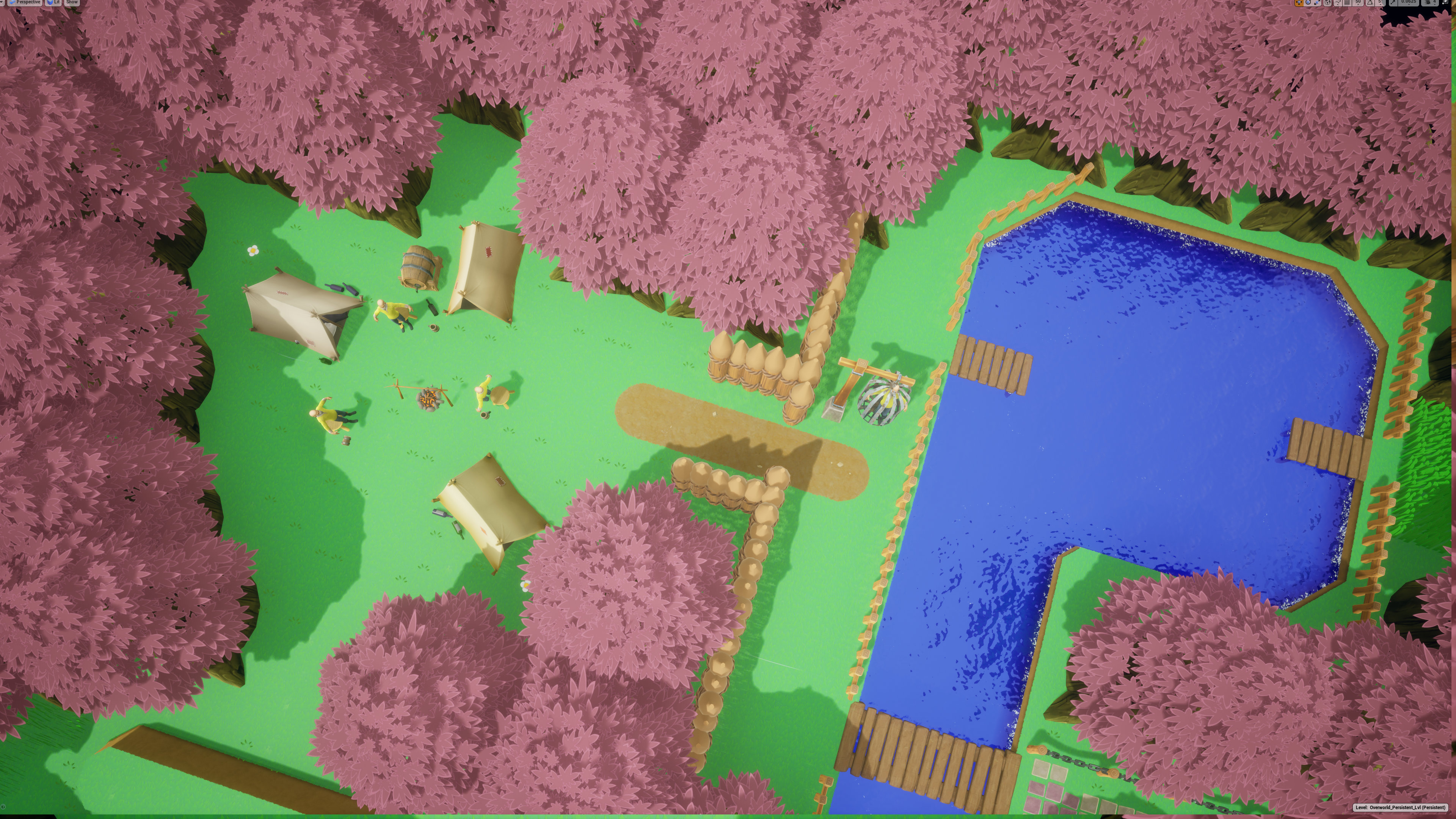 For now, they’re dishing out the quest, which is enough to lead me on to the next set of jobs... Next week. I’m busy teaching for the next few days.