Animated the first skeleton attack – a proper slap – and a quick spawn animation, so it can pull itself out of the ground. Both look kinda cool and slotted straight in. 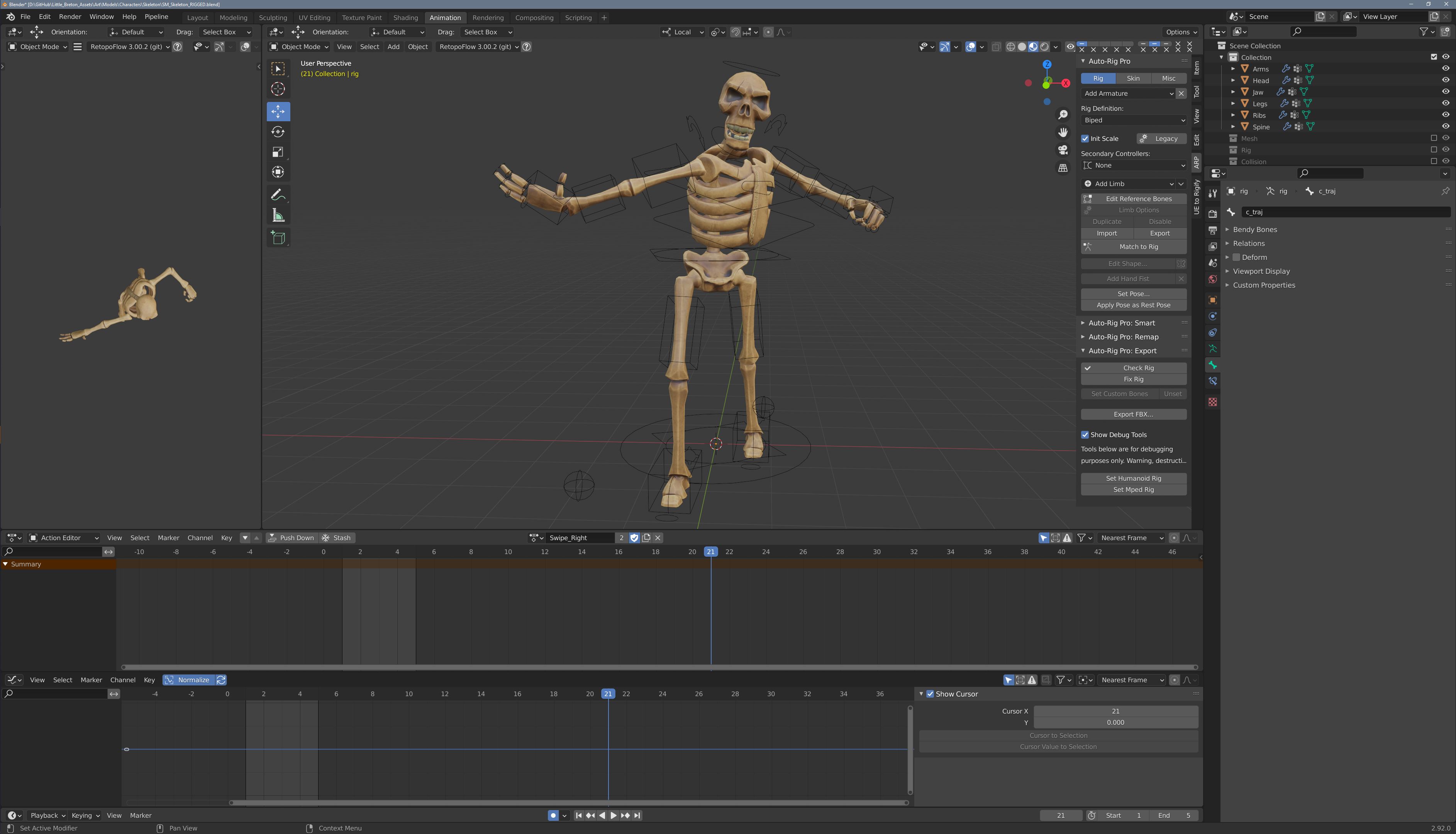 Had to make a quick change to the NPC class as they can’t rely on RoomEnter if they want to spawn in a fancy way (like crawling out of the ground…) so there’s now a BeginNPCSpawn function that RoomControllers can call when they’re needed.

The skeletons feel quite large in a single-screen dungeon room, but they’re a cool addition and I’ve got a bunch of ideas for how I can evolve them.

Teaching today, but I got a couple of quick animations done during the evening: A fall loop, and land. Getting ready to rain skeletons in from the sky. 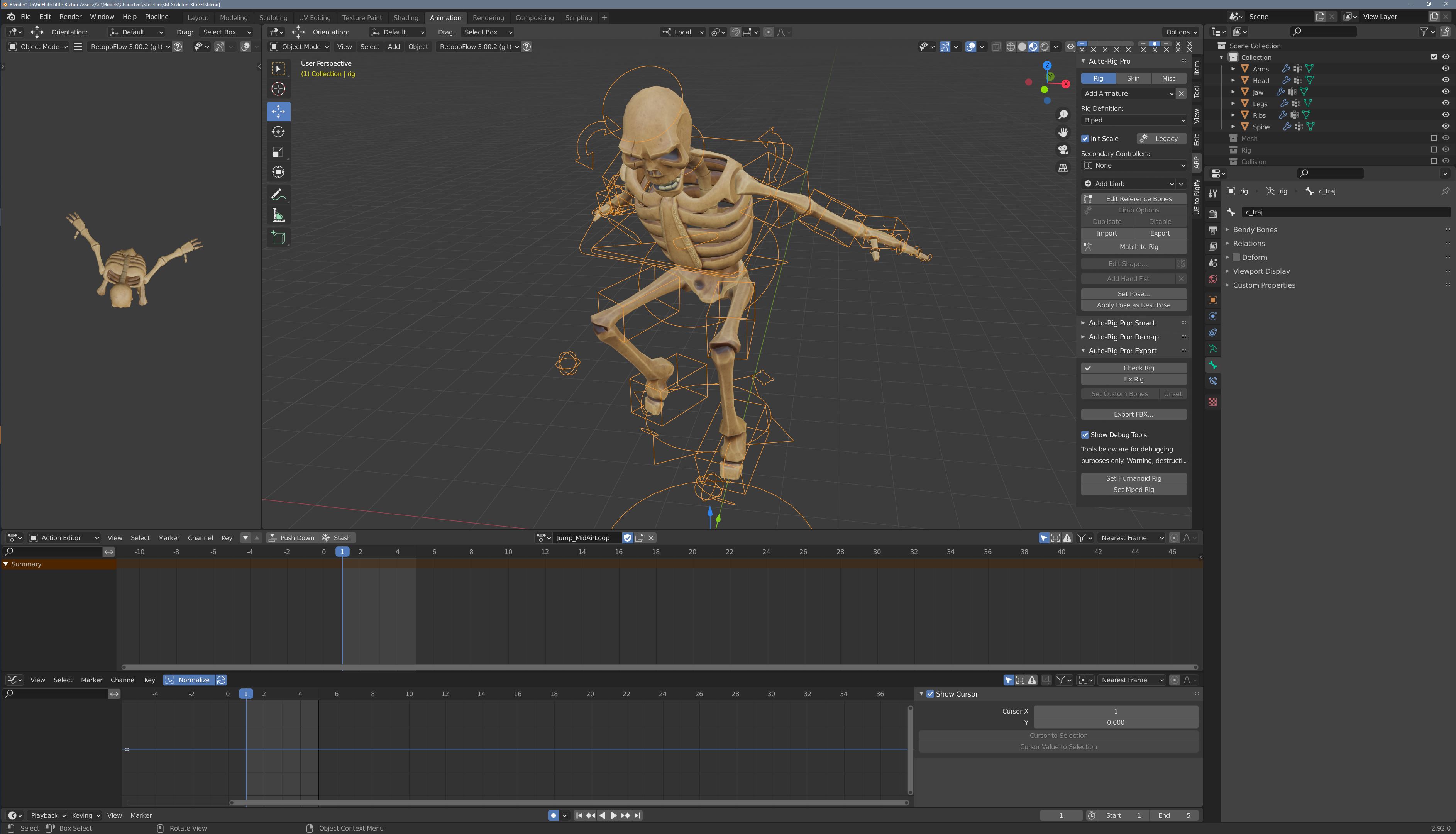 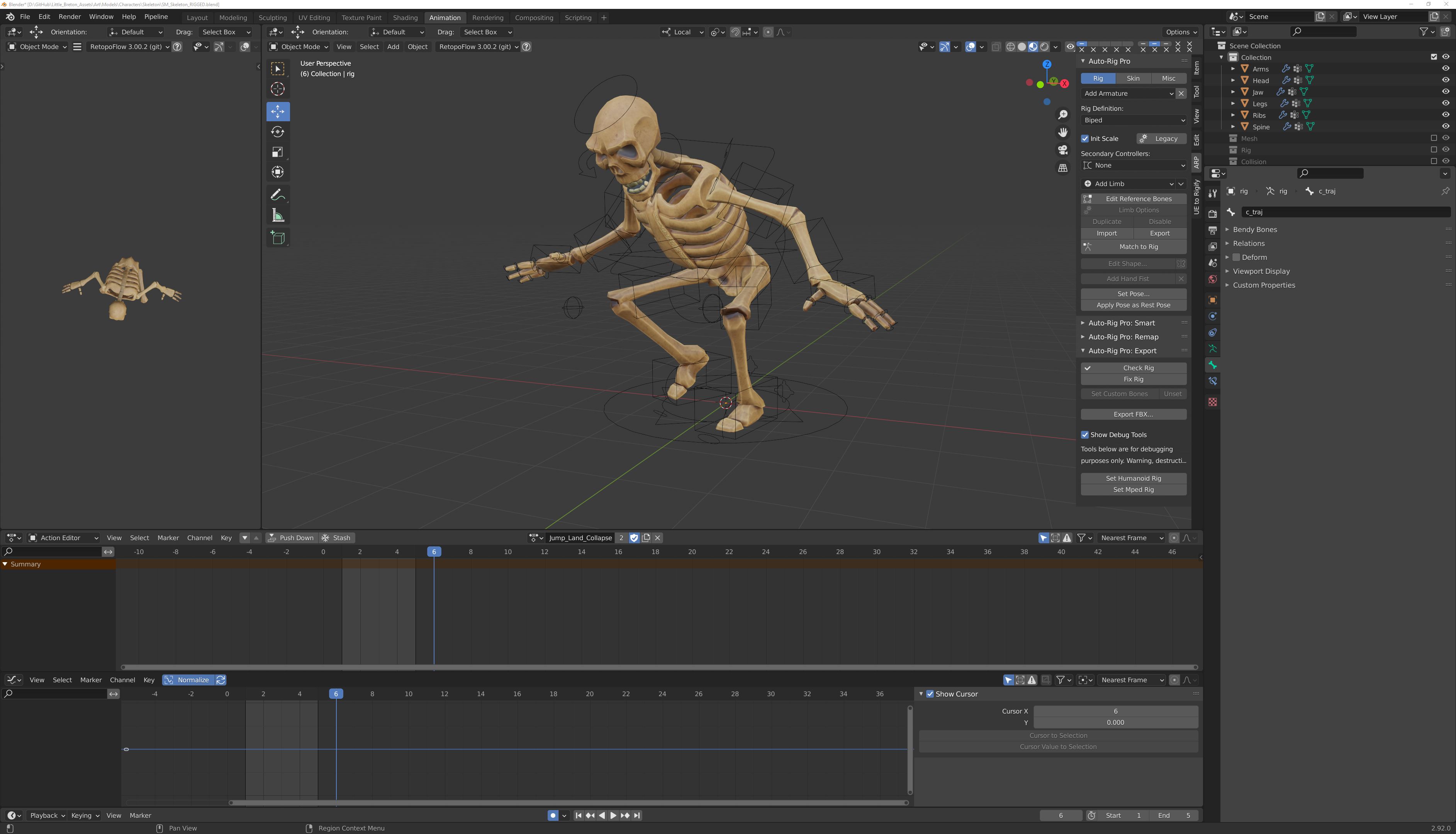 Skeletons rain in from the sky :D

In this example they crumble to pieces and spawn one of the Flaming Skull NPCs.

I need to do a material and vfx pass on the bones so they turn to dust and blow away once the head has been released. Oh, and add some audio.

Swapped out the old Behaviour Tree based Rats in the first combat room for ones using my UtilAI. They were colliding with each other a bit too frequently, so I added a sphere cast of random length, as a simple perception test. When they “see” another rat, they early out of the current movement path, which forces a turn.

Tomorrow I’ll get them raining in, and add some vfx to them.

Rats rain in from the sky! :D

Did a mix-and-match of skulls and falling rats in the Sticky Mitt chest room. You have to kill everything to make the chest appear. The levers in the room initiate the NPC spawning. Nice and simple.

NPCs still need an audio pass, and VFX for death. But once that’s done, I think this dungeon is basically complete. Maybe replace the big door, and tweak some of the textures… I’m going to look into tessellating the walls using a height map, since I’m already generating that in Substance Designer.

Phil sent me a big bunch of audio tests, for new music, so I went through those and got the warm fuzzies. Can’t wait to get them all in the build, they're sounding great!