Early start today. Had to hop on a Zoom to help kick off the Spring semester at Uni...

Spent the afternoon on the quest I was looking at last week. I’ve got all the dialog in place, have the pond spawning the correct items. The player can catch a key to unlock the NPC and the NPC recognises that everything’s been done.

Still need to do all the VFX, animations and then transform the player (into a crap trojan horse. Poor joke, done cheaply, that makes me chuckle...), but there’s no point doing that until I’ve actually got a Spa to infiltrate...

Did a block out for the spa, exported it back to blender, and started tidying it up.

I found a nice Substance Designer material for terracotta tiles, which I tweaked a bit, to get the colours where I wanted and remove some of the foliage. I used the height map from this to displace some high poly planes, in blender, to get a set of tiles I can repeat around the walls. With a bit of tidying up, and the removal of unneeded loops, the end result looks quite passable.

I got this back in the build and started dressing it. Doesn’t look amazing, but this is another one shot location that the player will probably only see for five minutes... 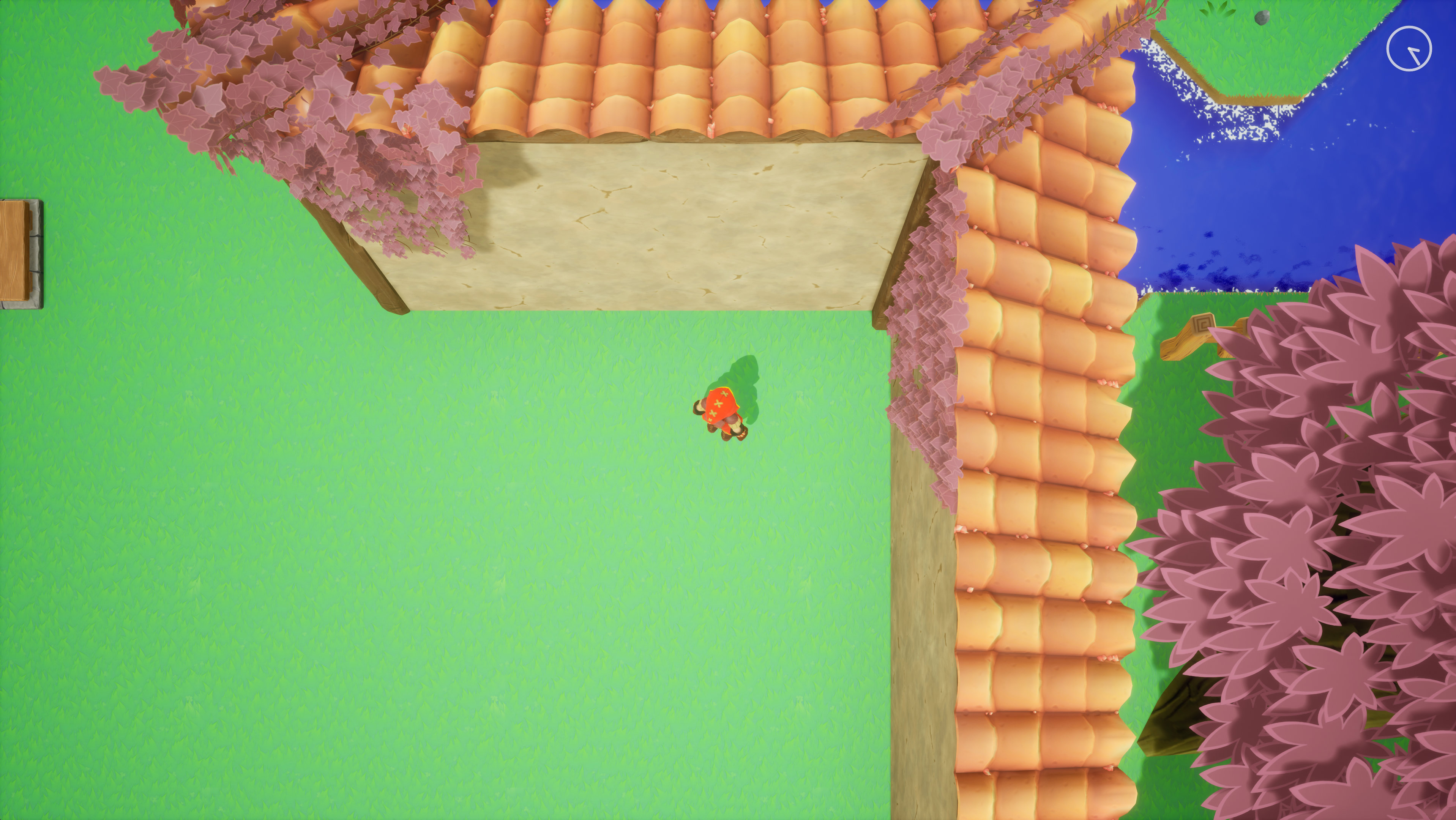 Did a little more set dressing around the walls. Added some decals to break up the repetition, and some props.

The building’s a simple box but I gave it a faux-roman kinda vibe with the pillars, and did the same trick with the roof tiles. I tried it with the same wall materials dropped on it, but it wasn’t sitting right, so instead I’ve push the whole thing back into Substance Painter and baked in the AO.

Makes it a lot dirtier looking, which is a happy accident.

I need to put a couple of guards in the garden bit. Maybe some props for fresh towels, and beers. But it’s pretty much done.

After that I went through the build for the first time in ages. Took an hour and half just to play through the stuff I have -- mostly all overworld -- so it's coming along.

I need to add a recurring NPC to give the player a few clues at the start, and it dawns on me that the layout changes I made to Ytene a while back make it pratically impossible for the player to "accidentally" get into the woods. This is a problem, because I need the player to explore that area, and fail, so I can give them the quest to get the wand.

I can think of a couple of ways to fix this, I'm just not sure which is best. One to cogitate over...