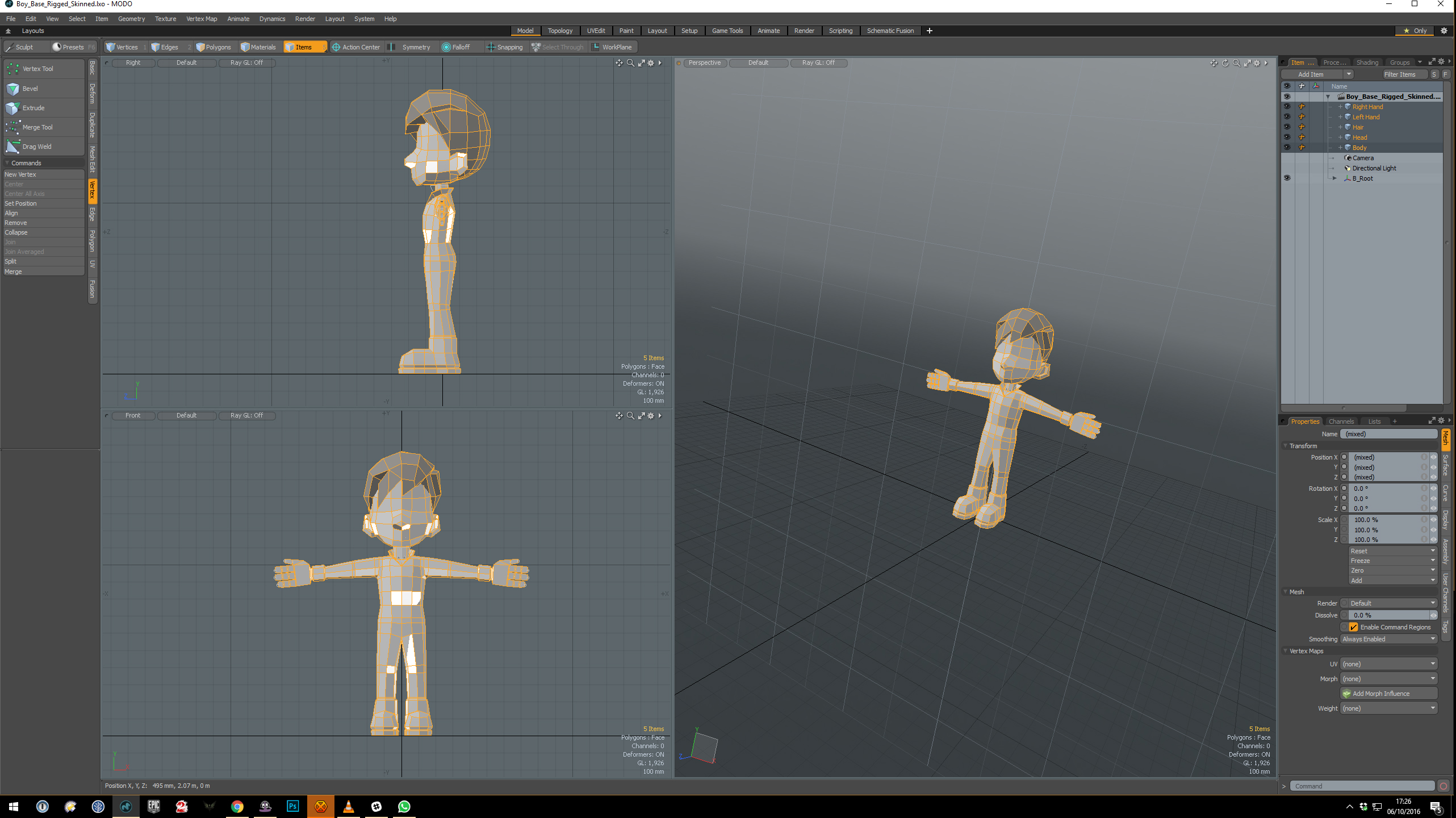 As expected, even simple character modelling is non-trivial and I've discovered I have an amazing ability to be completely OCD on vert placements, so probably wasted hours just tweaking stuff when I shouldn't have bothered.

The results aren't amazing, but it was a good learning experience and it'll do for now. It's kinda close to what I had in my head, and hopefully the super deformed look will parse well enough on-screen. Fingers crossed!

I'm intending to make a bunch of different hairstyles, hats, goggles and other bits, that you'll be able to pick and choose from. Probably as some sort of unlock/upgrade tree. None of that should be too tricky, but I'll need to look into how attachments work out in UE4, or find a simple way to output the variants from Modo. With a few base models I'll be able to do most of the variations with material swaps, so it shouldn't be too bad, either way. 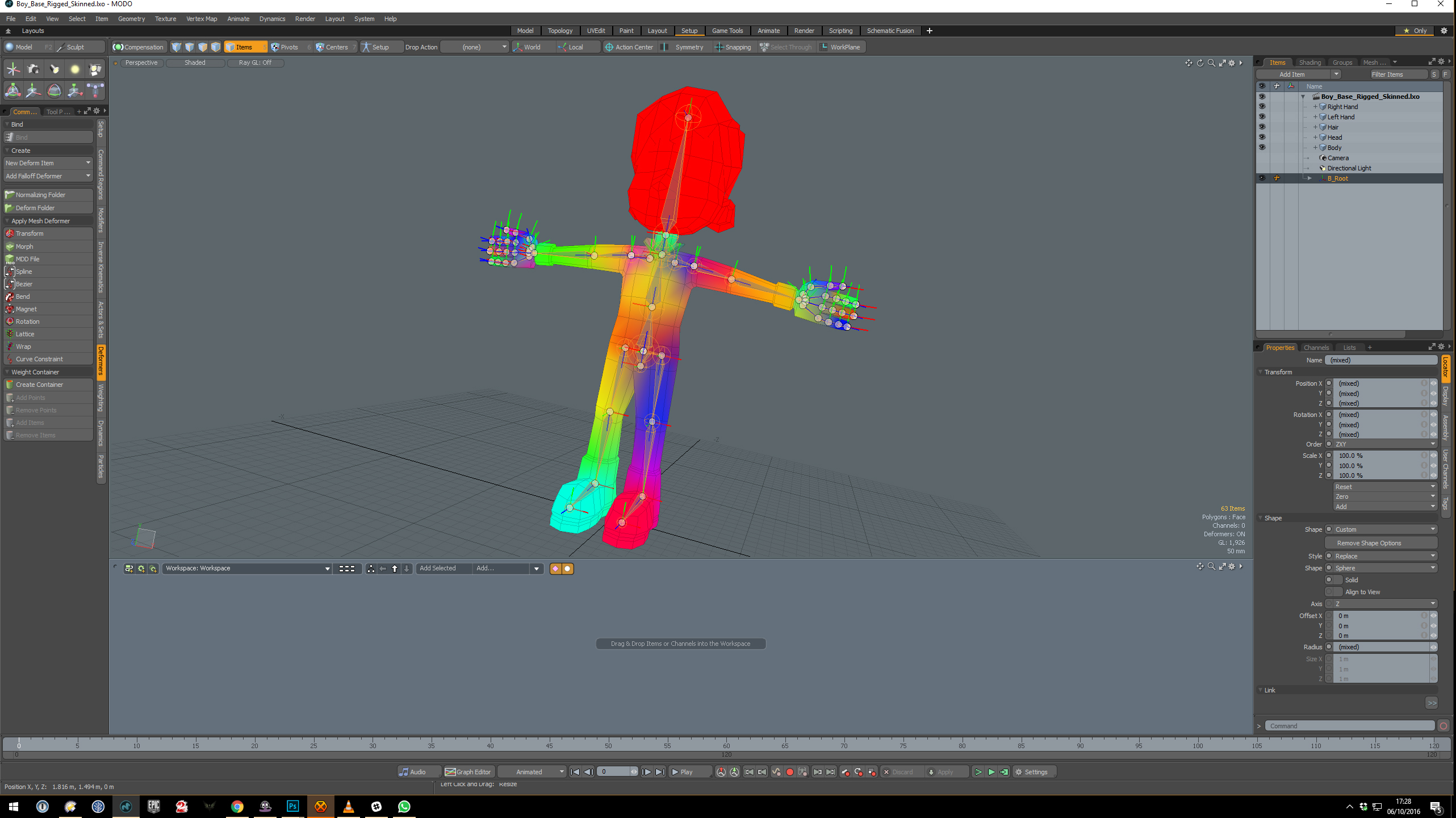 I had to rig and skin four characters for Lumo, all in Max, and each of them ended up taking one or two days to get right. I hated doing it and still live in fear of ever going back in there to fix something. That's probably why I've been putting off doing any character work on this for the last few weeks, but today I dragged myself away from tweaking vert placements and sat down in front of some tutorial videos to get to grips with how the process works in Modo. And - so far - it's been a really pleasant experience.

The rigging is nice and simple, taking less than 20 minutes, and the base vertex bindings the software produced is surprisingly close to what I need. I've probably got a few hours work left just to tweak the weights around the fingers and waist, but I'm pretty confident that this'll be good to go before I leave for the UK next week.

Then it'll be UV unwrapping, and producing some simple test animations to get him skiing.

Yet again, big props to Modo. It definitely fits with my head.