I’ve had a Steam AppID assigned to Maenhir for well over a year. I’ve put off making the page live because of the placeholder art in the build – you’ve gotta put your best foot forward with this stuff, there’s only one first impression, etc. – but I really need to start begging for wishlists. Today's been spent doing the bastard hero images, capsules, icons and community backgrounds that are needed, as a minimum, for Valve to review. I suspect most will get replaced.

Seriously, this stuff is a nightmare. Every store front requires 10+ images, all used in slightly different contexts, all with slightly different dimensions. Some even have file-size limits. It takes ages to produce them all, and I might have lost the will to live...

If you want to make a mint, offer this as a service to game developers. I promise you, people will bite your hand off, especially if it's templated and on the web somewhere.

Anyway, the page is in for review. Fingers crossed. And since I was in knee-deep, I gave the Itch.io page a facelift and set it live for my Beta Buddies.

The mythical build for my Beta Buddies edges closer, but I have a few rough edges to fix. Some assets are missing, and there’s a bug with one of the NPCs…

I’ve made a start on the assets; added a little gate to main dungeon entrance, a new key, some dialog to the crone – she gives you the key to the entrance – and a way of tracking sub-inventory items that are given to the player. By “Sub-Inventory” I mean secondary items that have direct game-flow effects, rather than things you pick-up and keep, like coins and bait. 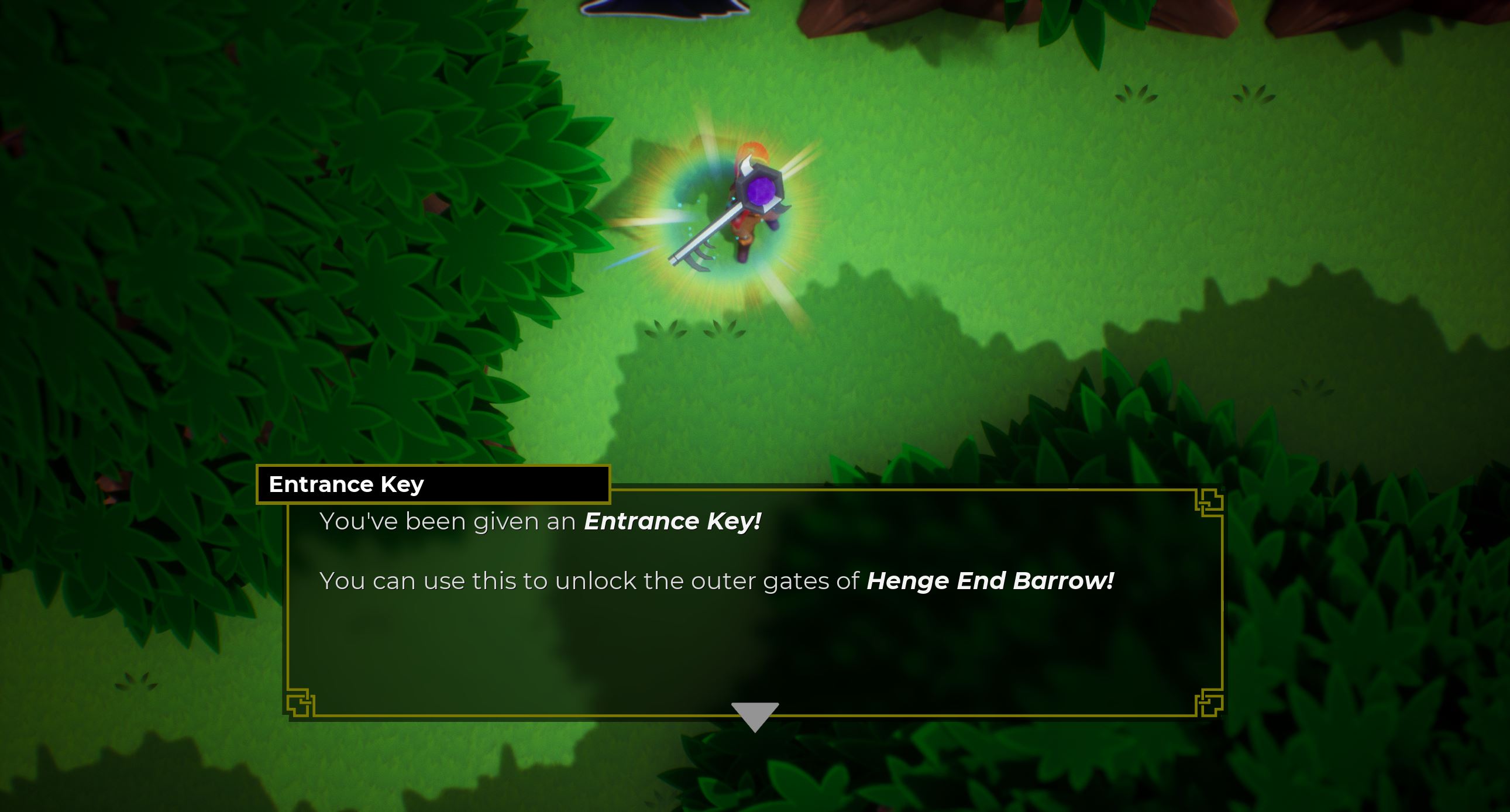 I’ve started using Steve Streeting’s UE4 scripts to package up my builds, and once the Steam page is live, I’ll use them to release builds to the beta-channel. Steve’s an amazing dev – he wrote Ogre back in the day – so give his Patreon a look-see and definitely check out his scripts. Super cool and oh so useful…

I chatted in a previous vlog about quests and how I’m handling them, if you missed that then you might want to have a look.

To date, everything in the world has been able to determine what state it should be in via the quests & items collected by the player because I'm working on the initial experience. Yesterday’s work to add a gate to the over-world means I now need to track the map’s state independently.

I ended up doing this in the exact same way as the dungeons: bitfields.

I was tempted to be lazy and repurpose the DungeonRoomController classes, along with the RoomControlledObjects interface, but I bit the bullet and made a bespoke set for the overworld. Yesterday’s gate was built using a DungeonDoor, so I refactored the door code into a base class, and derived types for each of the two interfaces, fixed up the gate in the over-world, and made sure that when it was opened, the event was being captured in the GameState correctly. 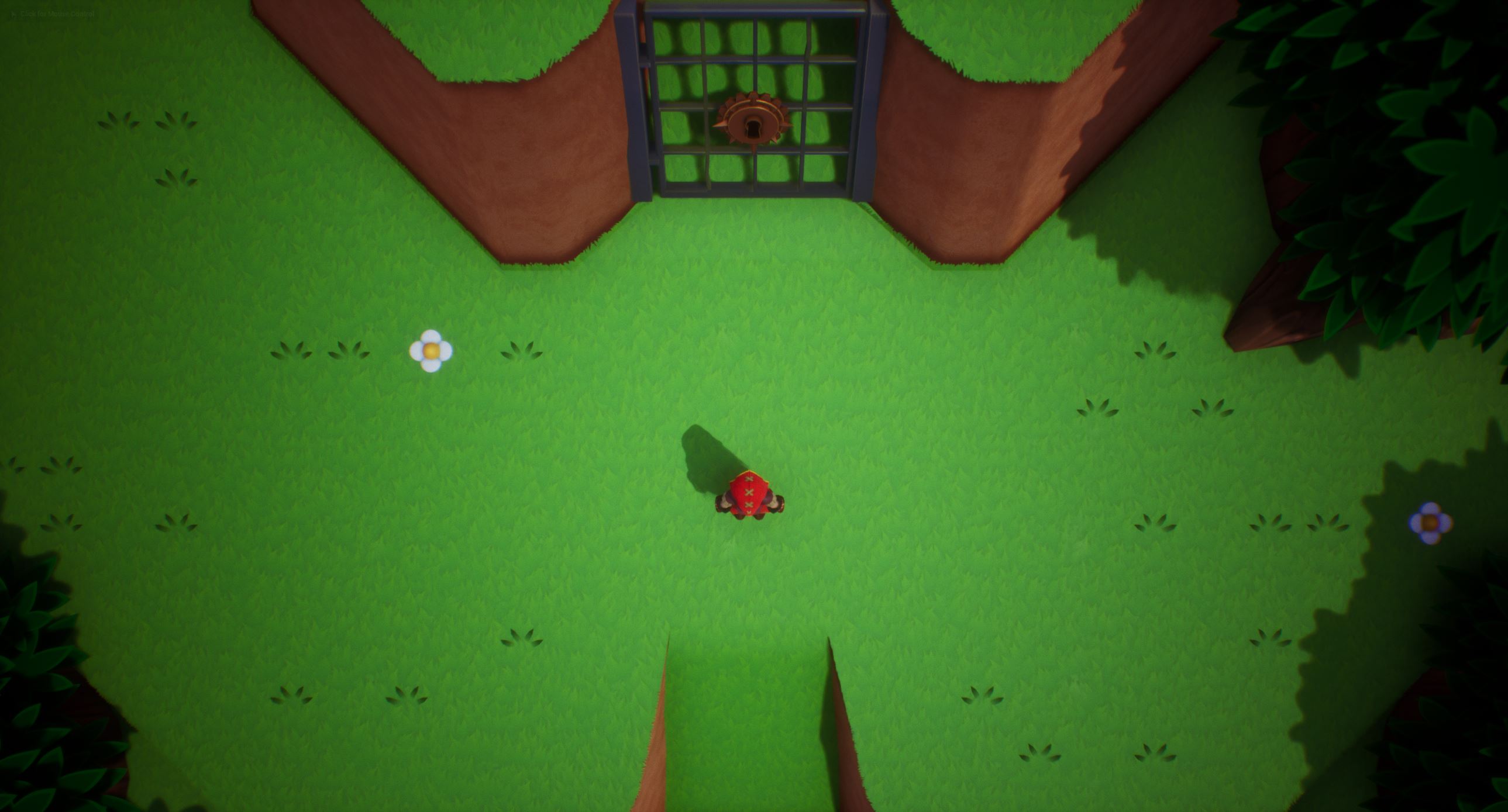 I also managed to fix up the remaining time-line bugs, so today counts as a Good Day.

Next up: make sure that the new controller “loads” from the GameState during BeginPlay and fixes up the objects in the map to the correct state. Persistence, baby!

Spent the majority of the day writing material for my game design course.

My Steam page submission bounced, as expected, so I fixed up the issues and resubmitted. Decided I might as well go proper old-school, and setup an IndieDB page as well. I didn’t get a lot of traction on IndieDB for Lumo, but every little helps, right? I’ll take any eyeballs I can get at this stage…

I don’t have a lot of blurb for the game right now. It needs a proper marketing (bullshit) pass, and I need to make a load of .GIFs to show off the features properly (sigh). I’ll come back to that later. I did add what I wrote for the Steam page to the company website, along with some more screenshots.

I also tried to buy a domain for the game’s website and doh! Some nobber is squatting over my first three choices. I knew I should have bought them as soon as I decided on the name (and play-maenhir was free!) but whatever… Since no one will ever be able to spell it, or say it, it doesn’t really matter what the URL is, does it? They’ll only ever be clicking!

So ner, squatter! Get tae…

The electric around our way is shite. We’ve had power cuts once a week for the last few weeks, but finally, the electric company is out to try and do some repairs. So obviously we’ve had no electric for half the day…

My laptop was charged so I added Twitter Card parsing to my static site generator. Sounds trivial, but it’ll mean I can add bespoke images to each post and twitter will pick those, and the description, up automatically. Well, we’ll see if it works in a mo.

Big news: The Steam page is good to go, so I’ve hit the button. I’ve a couple of hours left, so let the great wishlist beg begin now!