"My Kingdom for a Quad"

Finally got unblocked on some contract work, so spent the day on it before promptly hitting another blocker. Gotta love working with external teams…

Back on my stuff.

Seems the weather is putting paid to any ideas of chilling this week, but despite that I’m fairly determined to avoid doing anything that could be considered hard-work…

I fired up the build and went through it looking for bugs, made a bunch of notes, and started sketching out what I need to tackle over the next few months. I have a rough goal of throwing out a build to my beta chums before Dec, but we’ll see. The rest of the morning was spent making colour variations of the NPCs from last week. I also dusted down an old turntable scene, and made it a little prettier. Makes it easier to inspect stuff in-engine, and gives me a way to generate gifs if I make anything I actually like.

Nothing’s worthy atm, and I can immediately see that I’m going to have to re-do the rook… That seam is too nasty. Oh well.

Afternoon was spent in ZBrush. Trying to step-up again, this time modelling a Bat. It’s based on the Keese from Links Awakening. Ish. 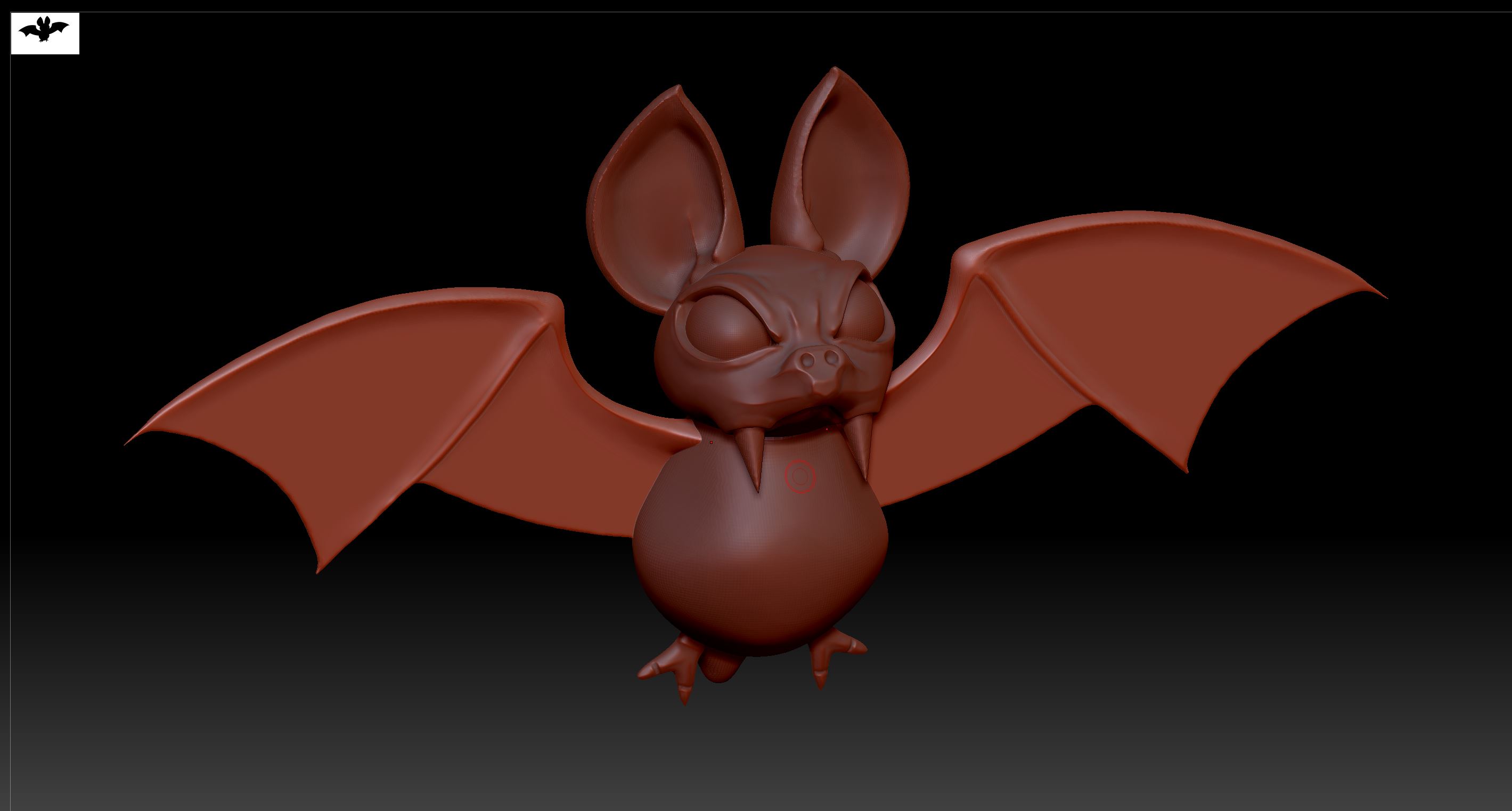 Finished off the sculpt for the Bat in the morning, and spent the afternoon in Retopoflow trying to work out how to make the low poly version. Really enjoying Retopoflow, it’s given me a massive leg-up, but holy shit, I am not at the point of clearly visualising where the loops and stuff should go. I need practice a lot more to get rid of some of the stupid triangles I’m creating for myself.

This was compounded by me saving over the wrong file and losing the entire afternoon’s work… Fuuuu.

Very quickly hacked together another low-poly, and then promptly gave-up so I didn’t stay up working until midnight. 5/10 day… 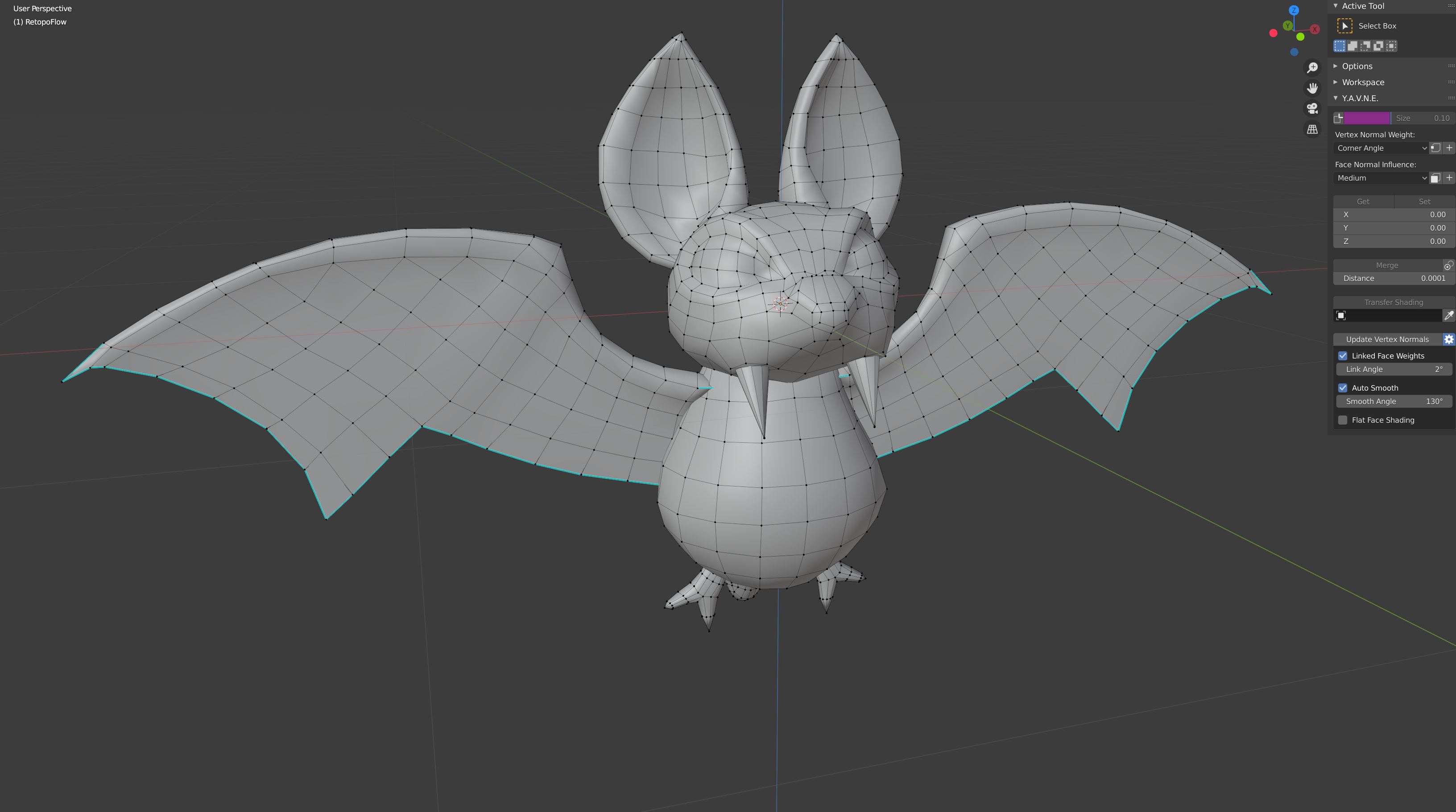 Couldn’t face going back in to do another retopology pass on the Bat. I’ll learn as I go…

I did spend the morning trying to work out how to get a clean bake, with no seams, across the various parts of the model. The only way I could find to do it was to split the high-poly into sections, match those sections to individual materials on the mesh, bake each section/texture set in turn, and then merge the output textures before importing them into UE4. Yeah, that’s as long-winded as it sounds.

I don’t understand why Substance Painter doesn’t let you merge on export. Seems like an obvious thing that you’d want to do? Then again, I don’t understand how an art package can have the world’s most basic colour picker, but Painter’s managed it. 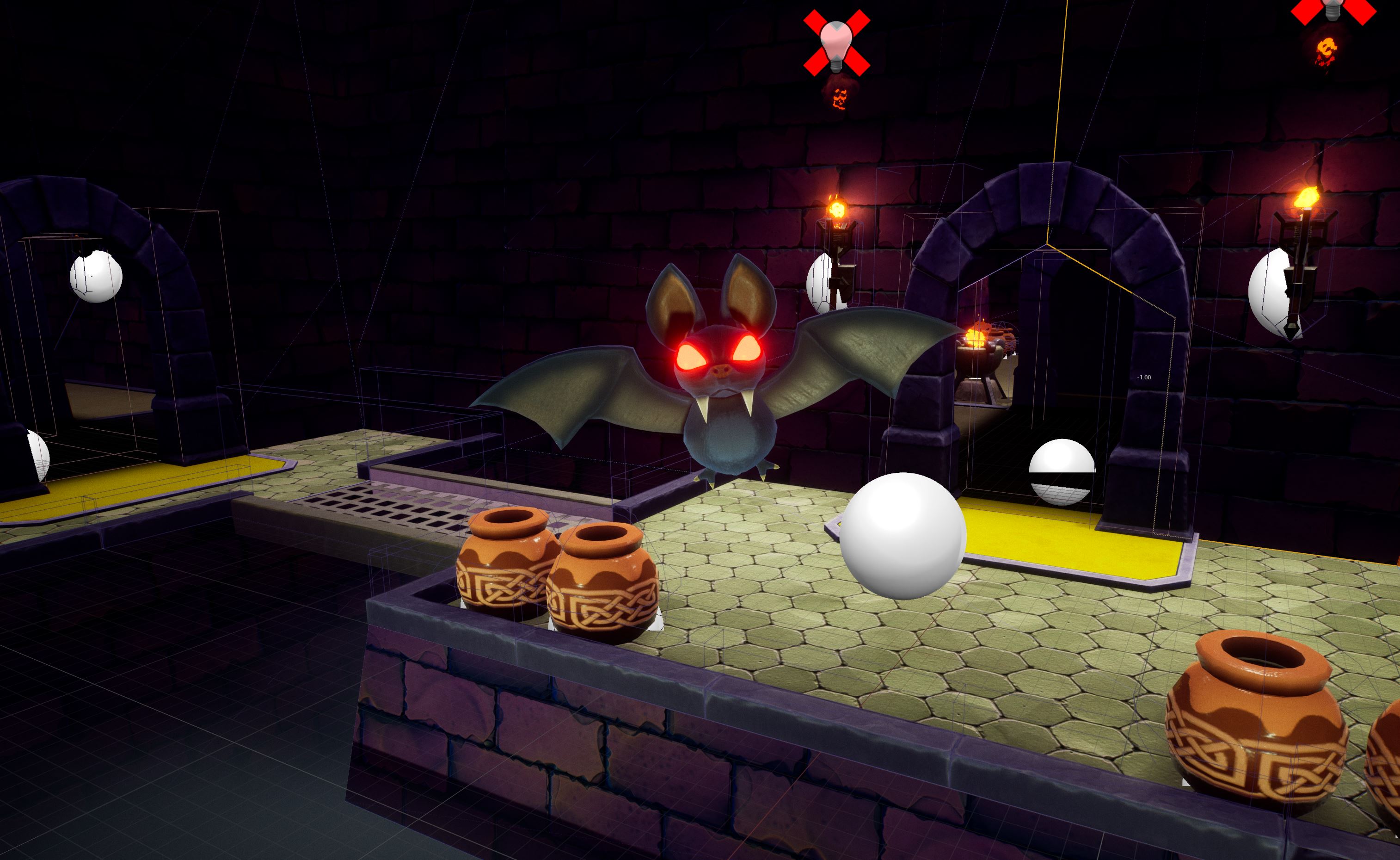 There’re a bunch of problems with my Bat. I could easily re-do the whole thing (and I want to) but I’m gonna live with it. At some point this process will click. Honestly, a few years ago the thought of unwrapping something used to give me the shudders, but practice makes perfect. I also have a secret weapon: the camera never gets close to any of this stuff! That’s why I feel cheeky enough to try my hand at making it in the first place. It’ll be tiny on-screen.

I have a lot of “TODO” type things pushed into dark recesses of my mind, each waiting for an epiphany. One of those popped out last night…

The Sticky Mitt needs to interact with static props in the world, and I want them standardised so the player can pick them out and know what to do as soon as they see them. But… I wasn’t sure what they should be, or how they should look. I’ve had them as grey placeholders while I waited for inspiration.

Last night it dawned on me; they should be totems. When the glove touches them they can spin, do their thing, and I can make some nice VFX to show that the glove has powered them up. This’ll also tie in with how I was planning to do some other elements in the world.

Sculpted a first pass for the grab totem this morning, which I was in the process of texturing when a thunderstorm hit us and knocked out the power…

I’m currently sat in the lounge, watching my laptop battery drain, with some candles on… It could be wine-o-clock… 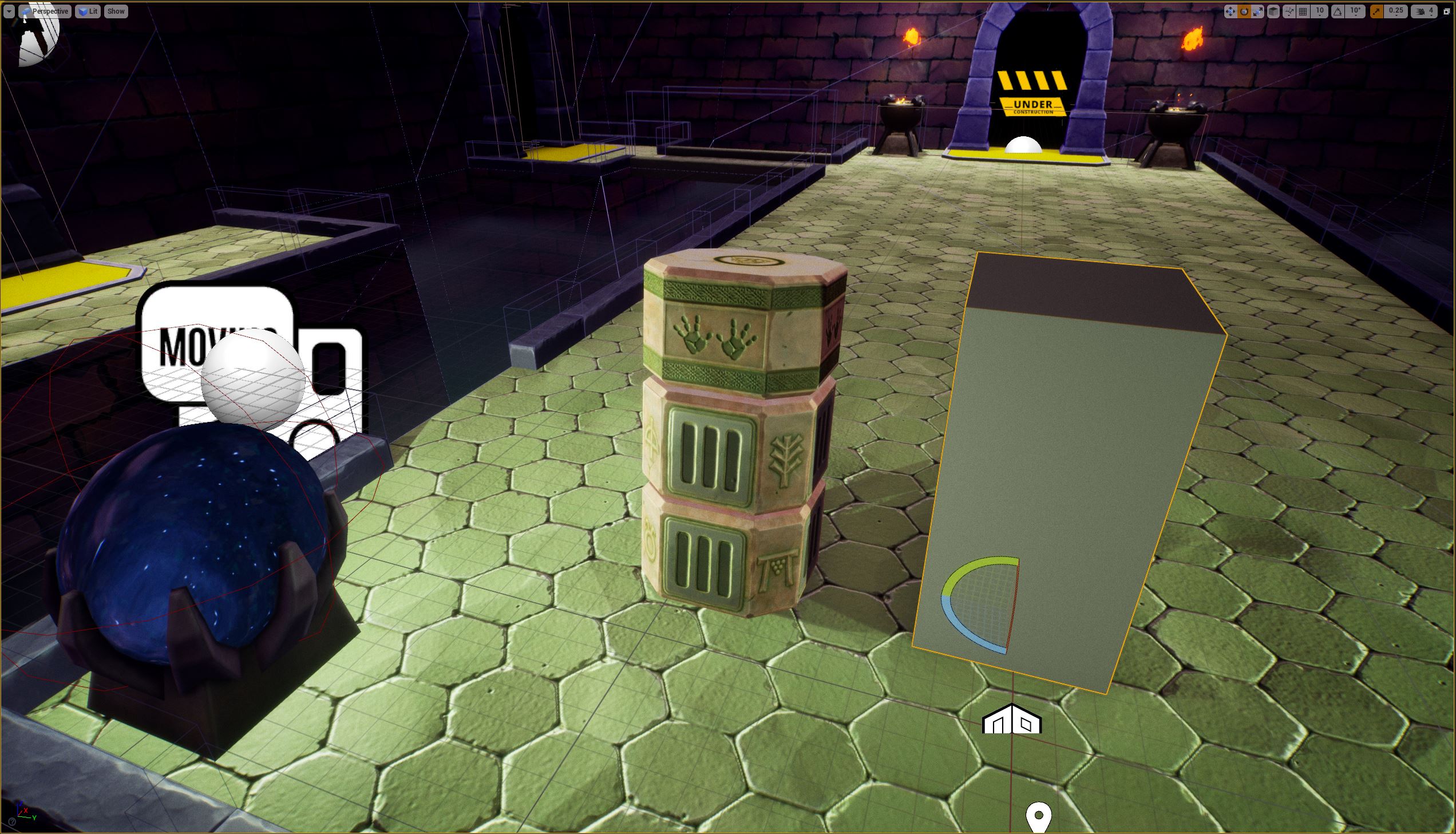 (Power’s just come back on, so here’s a WIP screenie for you)