I came up with some good ideas for charms, last week, so decided to jump in and start making them.

Each of them needs an identity pick-up, a way to collect them, and some dialog text. I’ve got seven designed on paper.

There needs to be some way of tracking which are collected, but also which ones are active. I’m going to allow two at a time.

Today was entirely modelling and texturing. 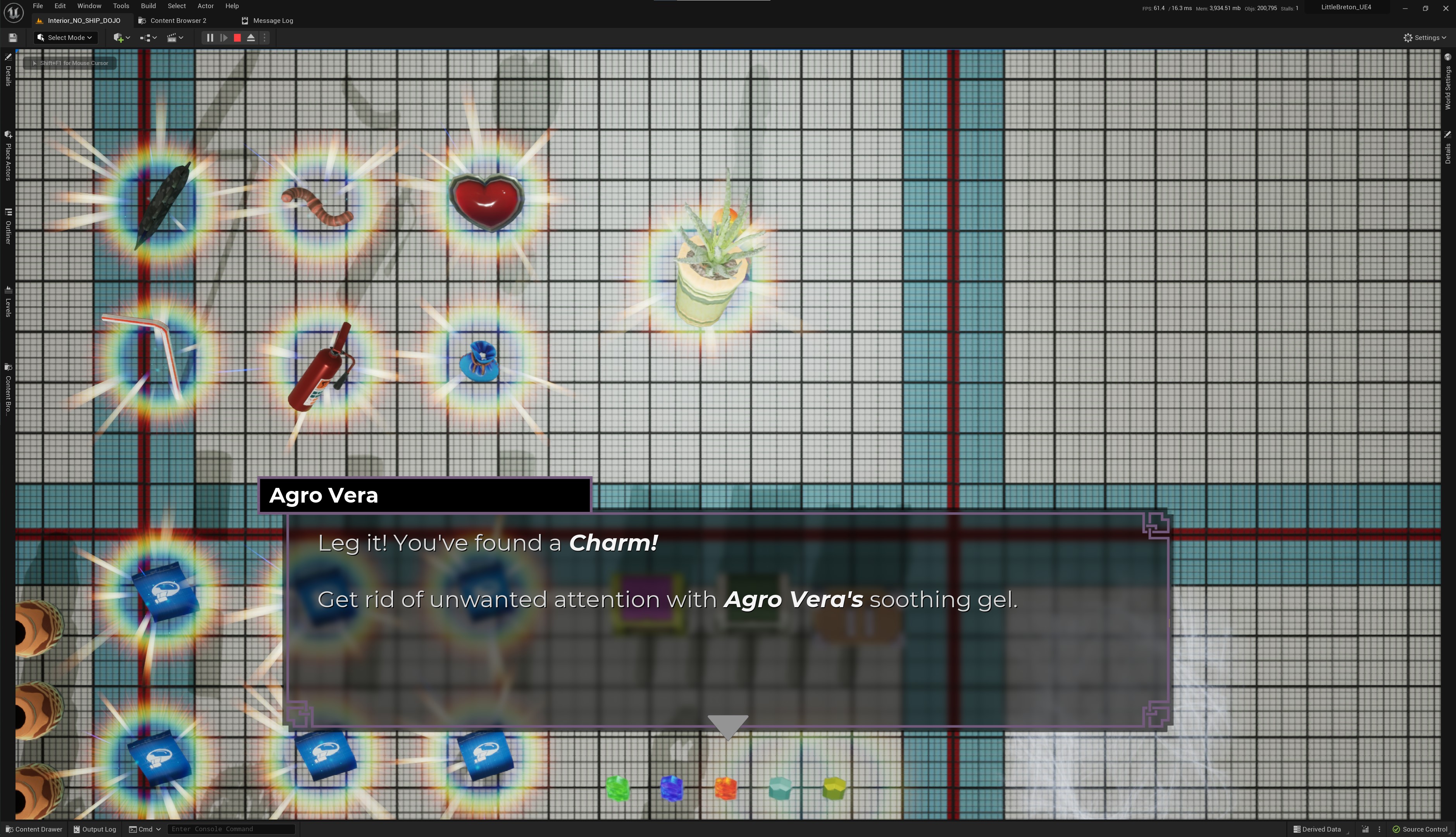 Got every charm modelled, in game, as a pick-up, with an identity ceremony, and a system to track what’s collected and what’s active. Oh, and all the dialog’s written for them.

Ever since I started this project, I’ve been toying with the idea of having some sort of “luck”, bubbling away in the background. Not something the player’s exposed to, just something that would act as a scalar on the various probabilities that exist in the game.

I do dice rolls for obvious things, like “loot drops”, spawning collectables, spawning bad guys, and catchable NPCs. There’s a lot of stuff can be affected, in a way that the player would feel by introducing some dynamism.

This also ties in with several ideas I have for charms.

Anyway. Today I wrote an entire luck system. At the core is a single scalar, which I’ve attached to the majority of spawning probabilities that exist in the game.

So, for example, as Rupees spawn into the world, your luck lowers, reducing the chances that more rupees will spawn. Luck recharges over time, but these “good luck events” can prevent it recharging for a period.

There’re also things that can trigger “Bad Luck Events”, which will do the reverse, and I’ve made things like opening chests and collecting power-ups/charms/main inventory items (etc.) give you a Willy Wonka golden ticket, where you have max luck for 30 seconds. Which is kinda funny.

Anyway, I’ve got it all set to 11 atm, and it’s very tangible in-game. I’ll fiddle with the levers for the rest of my life.

Today I got most of the charms working. There’s still no UI for them, so you equip them through the console, but effects-wise, they’re doing their thing.

I’ve tried to create them so certain ones, paired up, make you God at the thing they’re targeting. I’m hoping this’ll give me more leeway to make certain things harder to do when relying on a straight probability.

Needs a lot of playtesting

I’ve come up with 16 catchable bugs/insects, and about the same number of fish, that I’m going to scatter around the map. They’ll all be location bound, and most will only spawn at certain times. It’ll keep the dedicated hunter busy for a while.

But they all need assets, so I made a start this morning. I can see me doing this for the rest of the month… 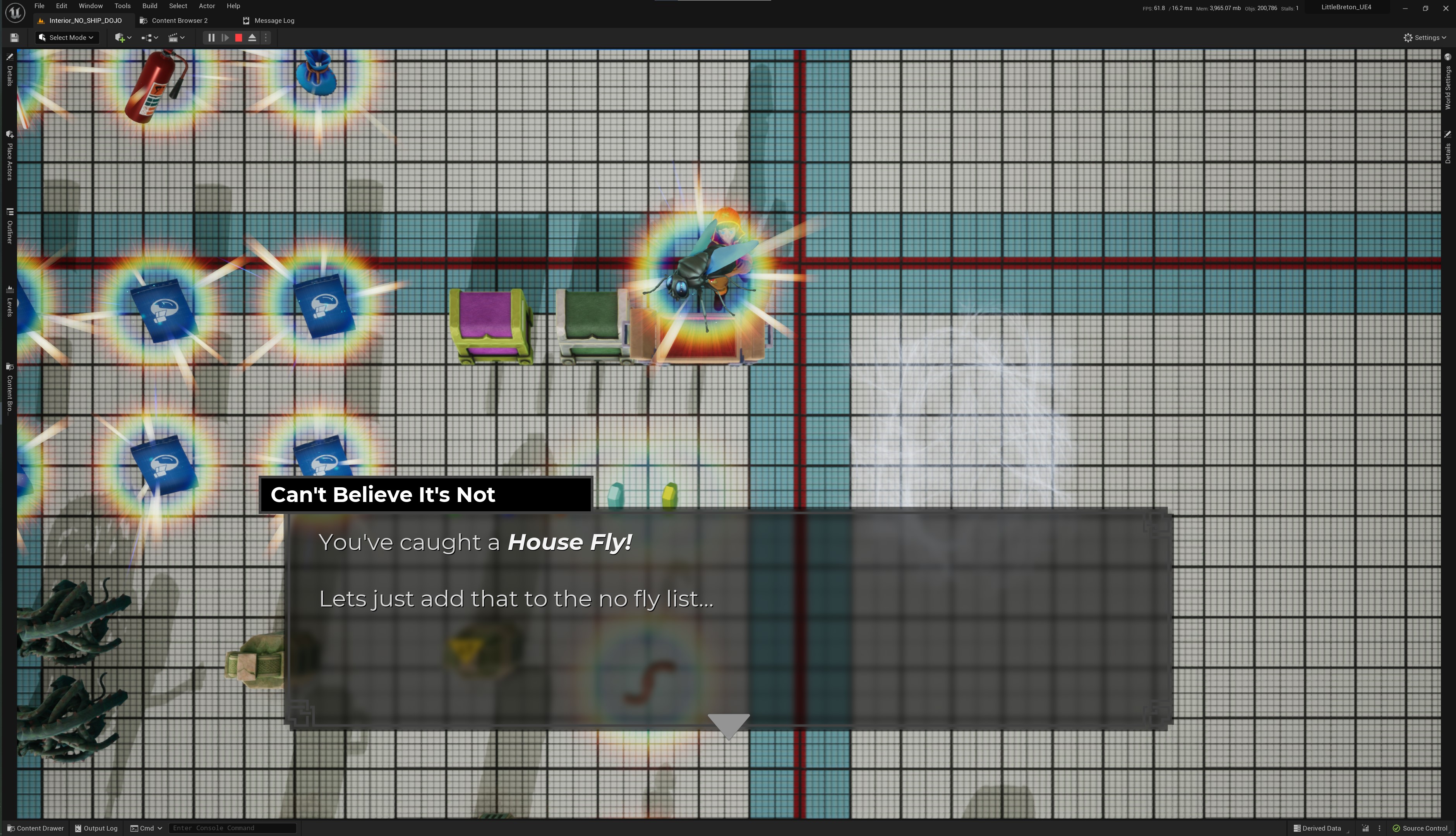